Just got back from playing a very enjoyable Black Powder game hosted by my buddy James. He has a keen interest in the 1809 Campaign and has a huge collection of figures for the period. 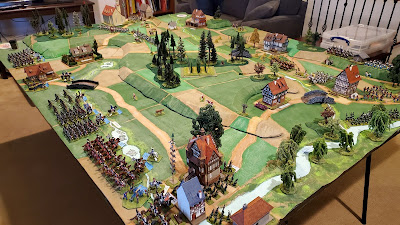 Set up prior to starting. Bavarians on the near side of the shot - and Austrians holding the far side of the table. The victory conditions were for the Bavarians to make it off the table through a narrow pass or killing off over half of the enemy. 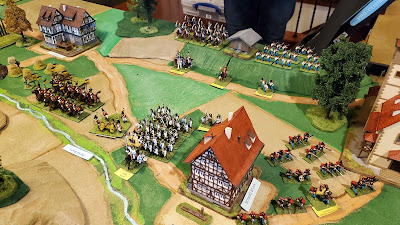 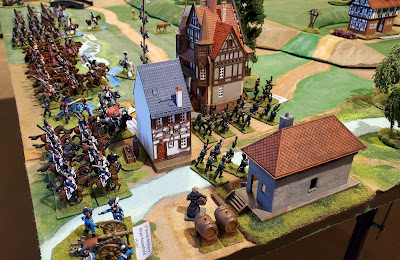 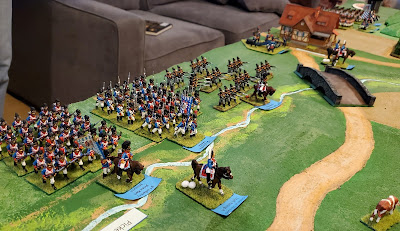 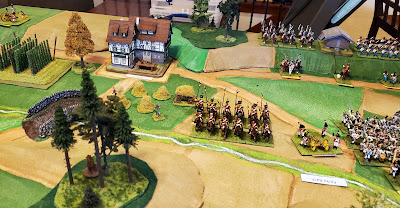 The Austrian center with a unit of Uhlans. 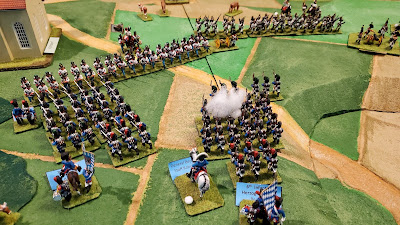 One of my Bavarian infantry brigades assaulting the Austrian right. One of the Bavarian regiments was wiped out by enemy artillery and musket fire. The other one survived. James included special characters based upon actual historical figures - for instance, one of the Bavarian regiments had a father son - officer/sergeant major duo to add bonus for attacks. Another character was a Bavarian pioneer who added bonuses for combat in wooded terrain. 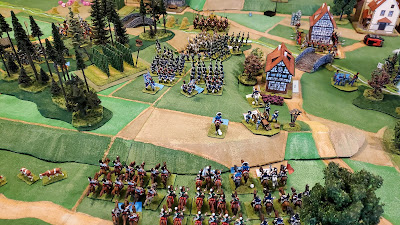 Bavarian cavalry waiting to support my other Bavarian infantry brigade firing down into Austrians retreating off the high ground. 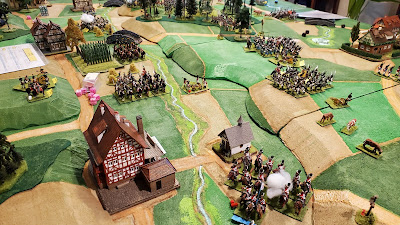 The Bavarian cavalry actually ended up getting decimated by traversing artillery fire as they attempted to advance to the pass. It was a declared an Austrian victory at the end of turn 5 as no Bavarian units made it to the pass. However, the Bavarians did manage to kill off a good number of Austrians.
James has a Bavarian cavalry helmet and Austrian grenadier cap, as well as a French cuirass from the period. 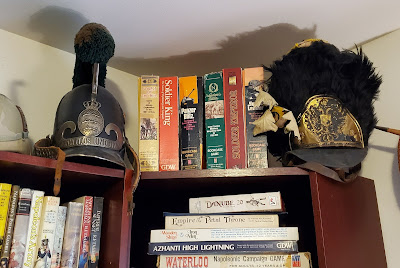 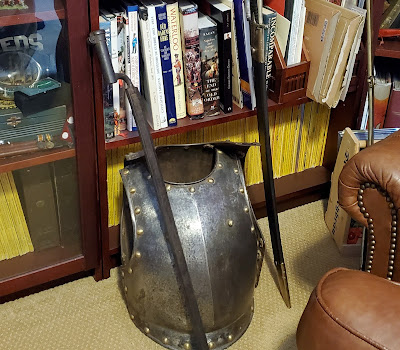