Sisters of Battle - Order of Our Martyred Lady

Finished the Battle Sisters from the two Combat Patrol boxes. Still need to paint up the two Rhinos and other figures. 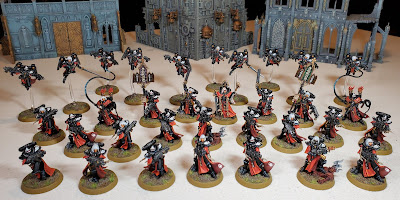 This is a Canoness and a couple of Repentia Superiors swinging neural whips - which cause "agonizing pain with every skillful lash." 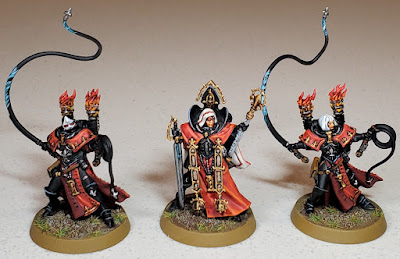 The stands attach to the bottom of the jet packs. 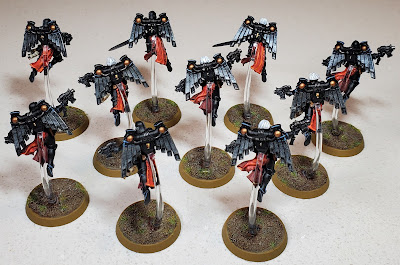 And the Battle Sisters - two squads of 10, or can be combined into a large unit of 20.

Plan to work on the Rhinos next - as they are black and will be highlighted the same way of the armor worn by the Battle Sisters.
On the gaming front, I plan to host another Black Powder game in a couple of weeks based on the
Battle of Gorodechno. Until next time, wishing you all the best!
Posted by DeanM at 8:20 PM