Hello? Is There Anybody Out There? A 1/2 Day Game Day at the Lewis Army Museum

Hello all! Still not moved to the new place yet, final stages of closing and a myriad of other paperwork to be completed, but managed to break away for a short (half-day) gaming event held at the Fort Lewis Army Museum. This was quickly put together between one of our longtime members, Bruce M (of Company B Miniatures) and the museum director, Erik, a recent Army retiree and also recent member of the Northwest Historical Gaming Society (NHMGS). Just a few weeks ago, Erik had posted on the NHMGS Facebook that he was looking to "liven" up the place with us hosting a gaming day there. Erik said he collected and painted miniatures, but had never actually wargamed before and wanted to learn. The trap was set! Anyway, I hadn't been to the museum for close to 10 years, when I was still on active duty on Fort Lewis. Figured this was a perfect excuse to check it out after the place was renovated a few years ago. I drive past it everyday on my way to work in Olympia - a few miles south of Fort Lewis. You can actually see the museum quite clearly from I-5 as it is just a few hundred meters away from it. 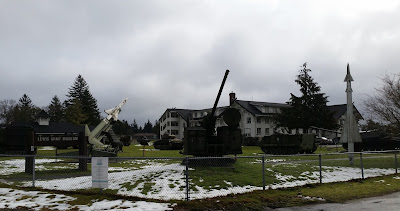 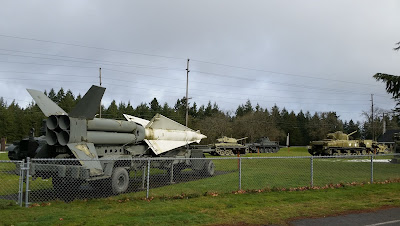 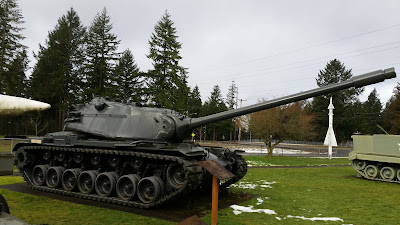 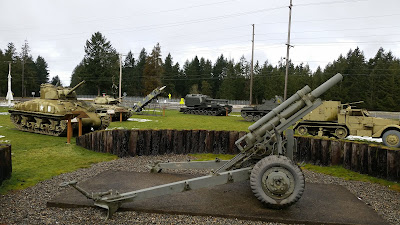 A view of the main park - a cast hull Sherman to the left, with a Chaffee behind it. 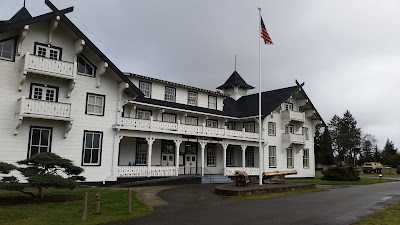 Front entrance to the museum itself. This is the side of the museum you can see as you head southbound on I-5. 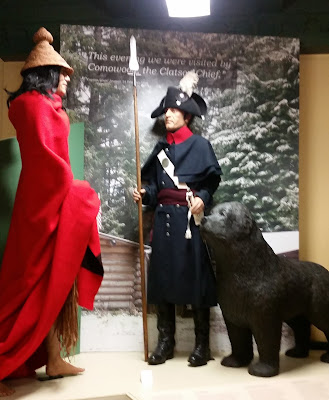 The museum and fort's namesake and his trusty Newfoundland dog, Seaman, meeting with a native Salish. 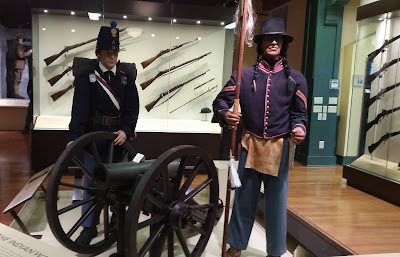 A couple of mid-19th C. locals. The guy on the left looks like a young Matthew Broderick. 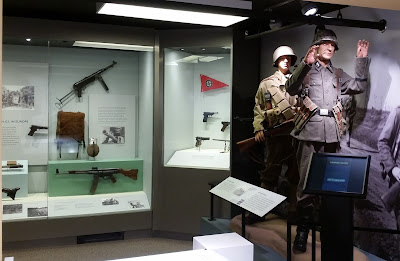 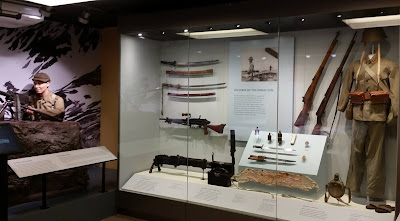 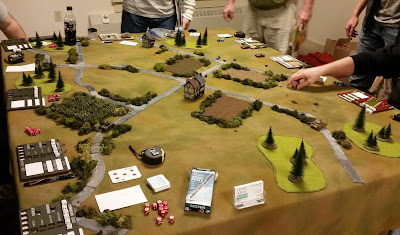 My buddy Lawrence B's What A Tanker game. Erik, the museum director, played in this game. He said he enjoyed it. 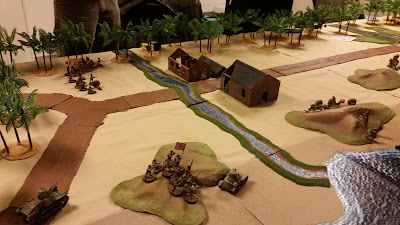 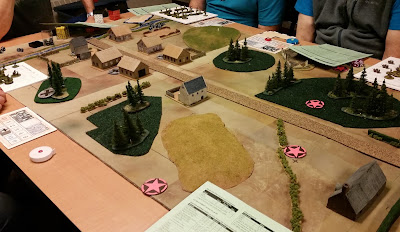 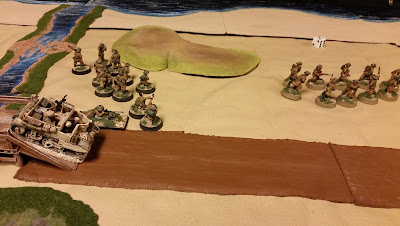 Close up of a personnel carrier crewed by Sikhs, from the Malaya game. 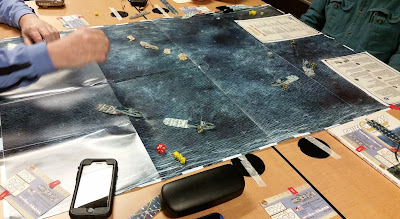 Cruel Seas game. I played in this game and ran two British Vospers. Against good advice, both historical and from the rules themselves, I chose to attempt to ram one of my Vospers into a German boat. The enemy successfully evaded the ram, I felt vindicated as I had made the larger vessel flee from me.

A close up of some of Lawrence's handmade and camo'd What A Tanker game boards. Note the "Ambush" pattern on the one on the far right. 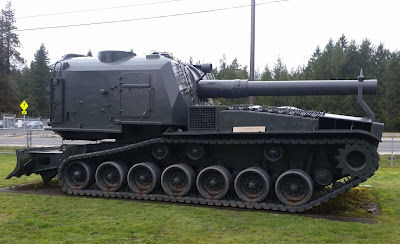 M55 Howitzer; another Cold Warrior, as well as a Vietnam War vet. It had a 10 mile range! 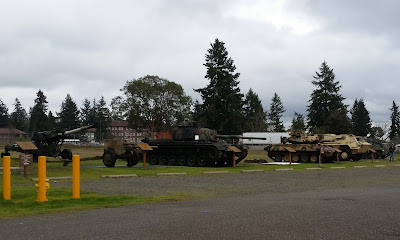 Modern armor on the north side of the museum - including a Sheridan next to the M60. Back in the 80's I served with the 3-73rd Armor, 82nd Airborne Div, which had air droppable Sheridans. It was known as the "Only Airborne Armor in the Free World" - this appropriate as the Soviets had a bunch of them.

Well, thanks for stopping by and hope to get into the new place in a few weeks. It's getting old living out of my "duffle bag," so to speak.
Posted by DeanM at 5:10 PM 28 comments: