Report on a mini-campaign held at the Edgewood Bunker today (1/24/09). This was GM'd by Adrian using rules from Age of Arthur; although the armies played are from Shieldwall lists. Briefly, there were two successive games with armies of 2,000 points each. Within the two armies, there were 1,000 points each of Normans and Welsh. The armies were pretty close in composition thanks to Dan splitting his Welsh evenly in two. The scenario pitted an invading army of Normans with Welsh allies against a defending army of Normans and Welsh allies. The first game started with a Comes from the invading army issuing a challenge of single combat. Both he and the defender's Comes ended up killing each other; but the battle started nevertheless. The invader's objective in the first game was to get three units across in good order and not be locked in combat. This, however, was not achieved and the defenders were declared victors. The second game's scenario had the invaders regouping after licking their wounds, and finding another area of the river to cross. The objective for this game was to have control of the bridge and fordable crossing area of the river. The invader's plan was to concentrate their forces on the fordable area and initially disregarding the bridge entirely. This almost worked, but the defender's Comes audaciously challenged the invader's Comes to single-combat. The defending Comes' audacity paid off; the invading Comes (aka army general) was slain and the greater part of the invading army failed their subsequent panic tests. The invaders wisely accepted the GM's offer to end the game then and there. I should mention that I played the invaders for both games (Adrian played the first game with me and Wes showed up for the second game). Dan and Bruce D. played the defenders both games. If anything, I hope I learned what not to do next time. Some pictures from the game follow: 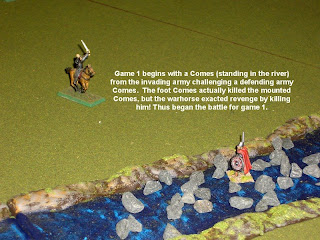 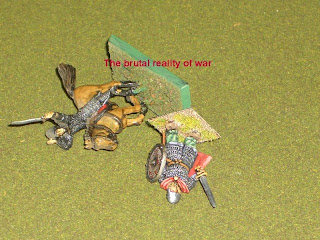 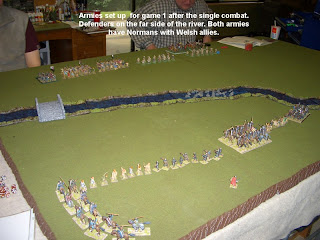 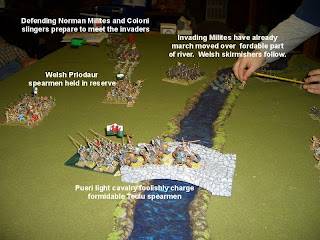 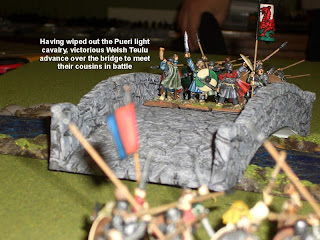 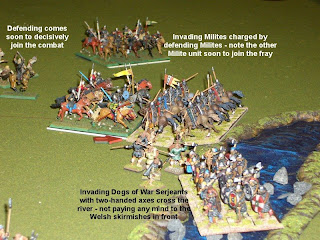 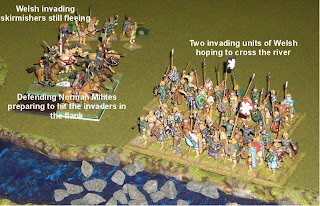 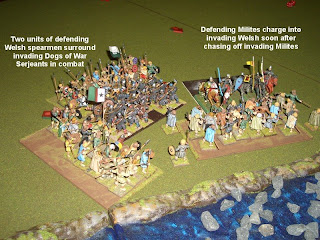 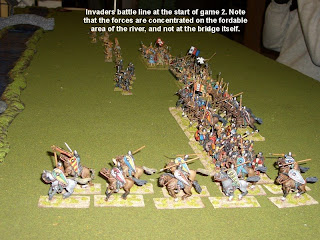 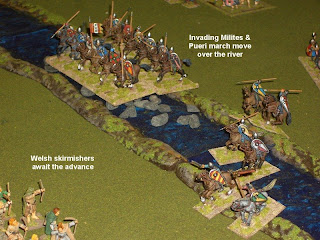 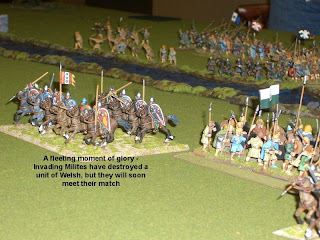 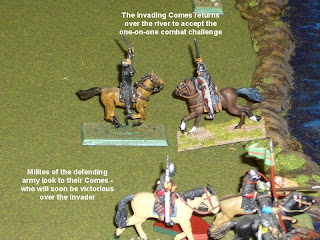 Here's a quick report on WAB games played at this year's Drumbeat up in Seattle. Apologies for not having enough info to report on other games played there - which included DBA/DBM, I believe a Tactica game, Fields of Glory, Patrol (WW2 skirmish), & Wes R.'s Napoleonics with his own ruleset. Drumbeat is a smaller type of gathering run by Dick Larsen - anyone can host or play; the only criteria (besides having a good time) is the game needs to be historical in content. There should be more info of these games on either the Puyallup gamers or the NHMGS Yahoo groups. Anyway, I only took a few pictures of the three games played. In the first (morning) session, Dan's Carthaginians v. Adrian's Republican Romans & Bruce D.'s Teutonic Order v. my French HYW were played. After a quick "calorie-identified" lunch at Wendy's, the afternoon session had James' Hussites v. Bruce's victorious Teutonic Order, as well as another Punic Wars game. I was allowed to play part of the Roman army to take my mind off of the horrendous defeat of my French. I'm not sure of the result of the first Punic Wars game, but besides my French defeat, I believe it was a draw between the Hussites & Teutonic Order; the second Punic Wars game was definitely a Carthaginian victory. This game was played by a newcomer to WAB we met at the convention; I think his name is Paul? Anyway, Dan has his info & we may be playing with him in the future. That's what this was all about anyway - trying to see if more folks want to play WAB. Anyway - here's some pics from the games: 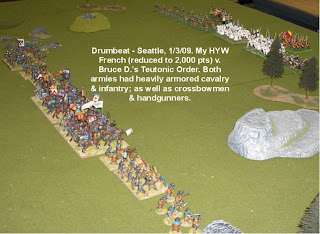 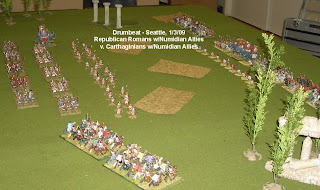 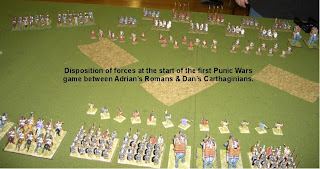 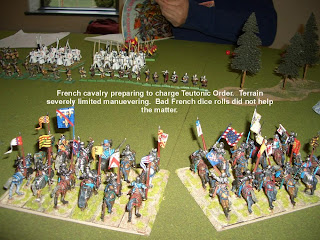 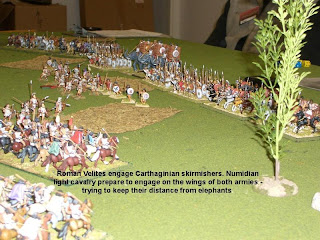 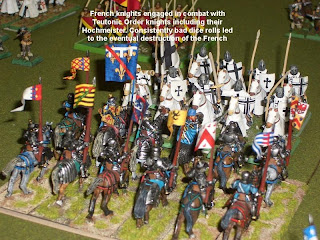 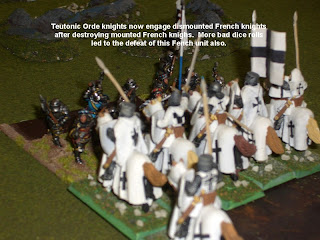 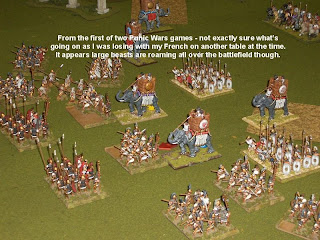 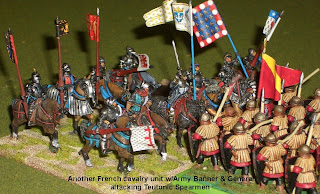 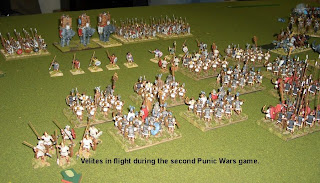 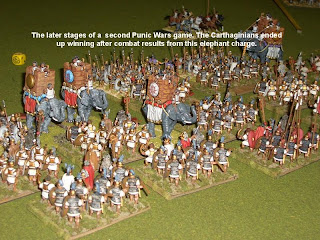