I added another Black Cat Bases dog model representing Changun to an earlier completed Crocodile Games Mycenaean. I added a Green Stuff curled tail for the Changun figure. I think it's actually listed as a jackal on the website, but the form is pretty close to Changun. The model is a bit oversized as Changun was medium sized Jindo, but I think he fits well with the Crocodile Games figure. Also, as I reminisce, Changun had a big heart and full of life - so it is indeed a fitting representation of him. 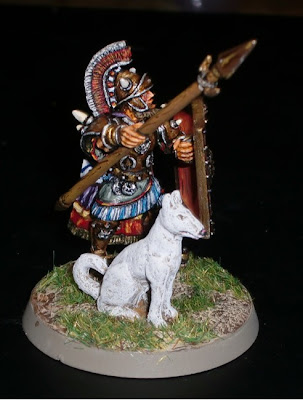 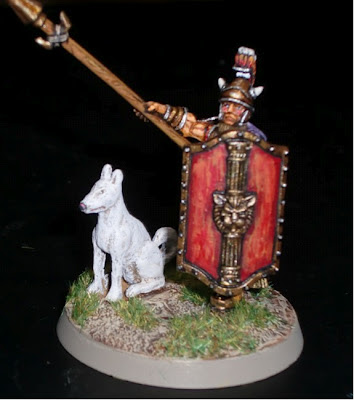 At the moment I have very little to no desire to paint or game. The thought of building a Korean Imjim War army, in memory of Changun, has crossed my mind, but will wait until I feel sure I can complete the project. I still think of Changun everyday and miss him very much. Warmest regards to all, Dean
Posted by DeanM at 8:34 AM 18 comments:

Here is a piece I painted in memory of my dog, Changun. The mounted figure is from the Perry Korean commanders set. He represents the Korean General Kwon Yul who is remembered as one of the more successful Korean commanders during the Japanese invasion of Korea in the late 16th Century.The figure of the dog is from Black Cat Bases. Changun means General in Korean, and my dog was of the Korean breed Jindo. 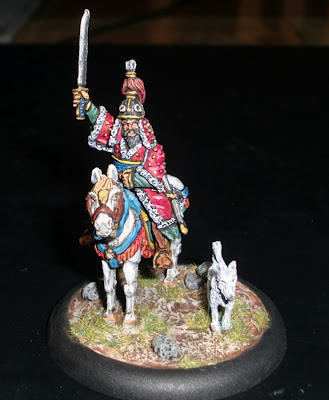 My wife's family name is Kwon, and she said her dad proudly proclaims that their family is decended from this very same Kwon Yul. Their family does indeed hail from the same region as Kwon Yul - Andong, South Korea. 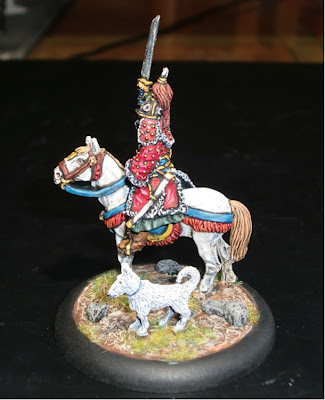 The Black Cat Bases sculpt was modified a bit to better resemble my Changun. Green Stuff was used to lengthen his muzzle and also for his perpetually curled tail. I also painted his eyes in the funny almond shape he had in life. Maybe a bit longer in life, but the forelegs remind me of Chang's stance - somewhat stocky looking. 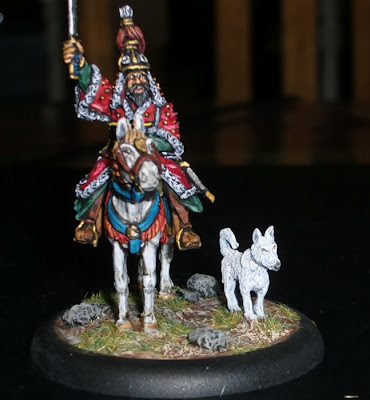 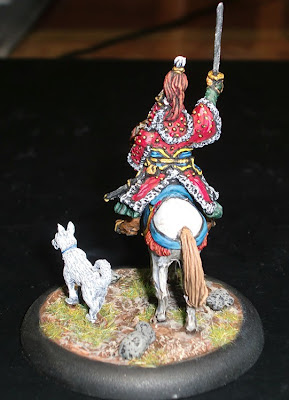 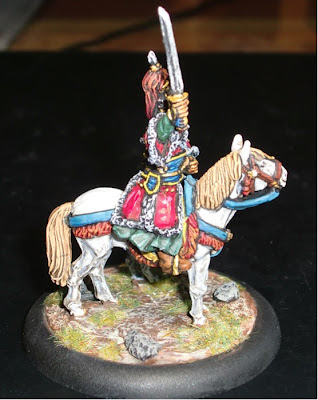 Anyway, I will cherish this piece and keep it in a place that will always remind me of my little Changs. I also hope to get back into painting and gaming again, but I still feel a bit out of it at the moment. Kindest regards to all. Dean
Posted by DeanM at 4:57 PM 33 comments: