Yes, I Really Did Play Test The Black Powder Game!

Here are some pics from a couple of play test games of the Black Powder cavalry-centric game I'm scheduled to host next month at our annual big convention, Enfilade! 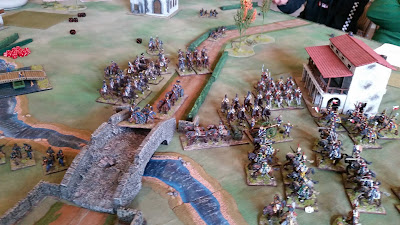 A bit blurry, but I had forgotten to take pictures of the earlier action from the first game. Several units had already been routed off the board. As you might observe, there's a lot of close-in fighting going on. There were only a few small foot skirmish units. The objective/victory conditions were for the French to get off table with 50% or more of their forces. The Anglo-Spanish were to kill of 50% or more of the French. Quite straight forward, IMO. 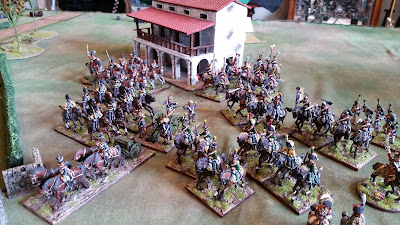 Another shot from the first game. Too many linear obstacles hindered the flow of the game; particularly for line of sight shooting. This was addressed and adapted for the second game. 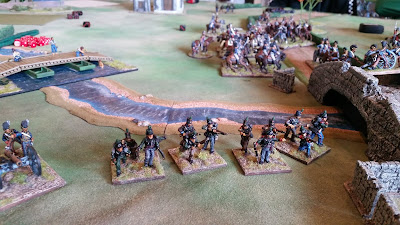 A couple of British Rifle units effectively slowing and stopping the French retreat. 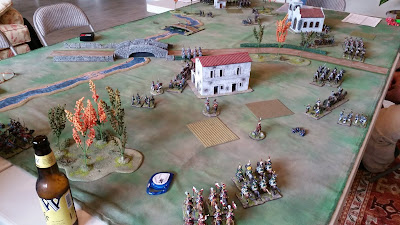 From the second game - note the minimal use of hedges and other "slowing" terrain features. However, it was agreed upon that some of the buildings should be located around the bridge to allow foot units to occupy them for firing. 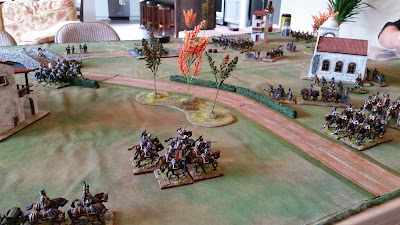 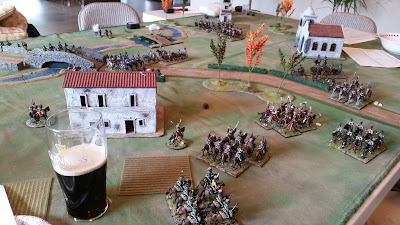 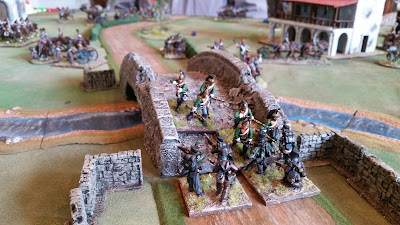 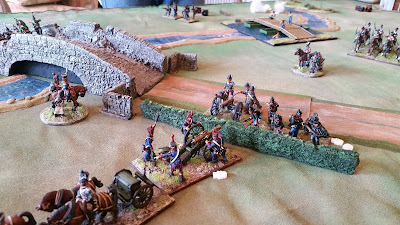 French and British Artillery firing up close and personal.

EDIT: A few more pictures taken by my buddy, George, who ran a French brigade in the second game - after we mod'ed the table a bit from the first game's experience. For the record George is a retired 19D Cav Scout and ran his foot dragoons very aggressively against all comers at the bridge. 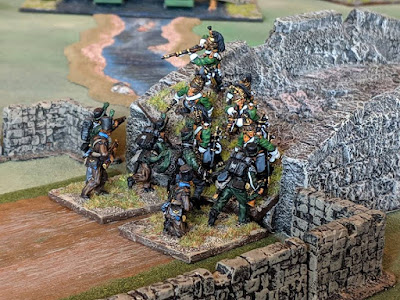 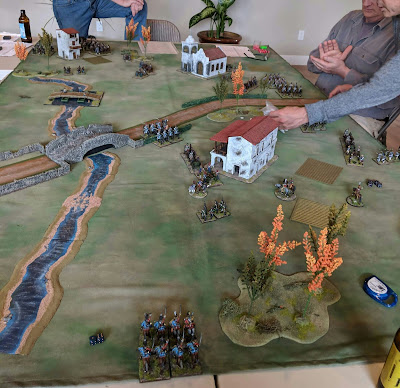 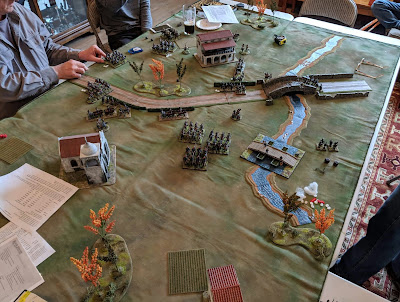 Thank you all again for your patience and continued visits! Kindest regards, Dean
Posted by DeanM at 7:27 PM 45 comments: