Pardon my indulgence, but just a little goofing around with a pair of matching swords - katana and wakizashi, and a $6.00 synthetic "Tina Turner" wig standing in for a red yak haired Shaguma wig. 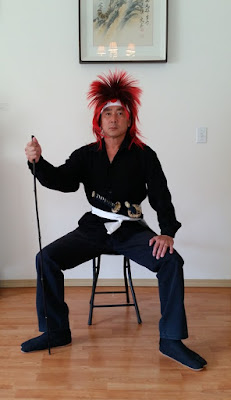 Haven't picked up a paint brush in a long time, but do plan on hosting a game soon. I may give Poseidon's Warriors a try - but need to find a couple of play-testers. I plan to just GM (i.e. read off the rules while they're being played by others). Anyway, here are a couple more shots of the Tosa guy. 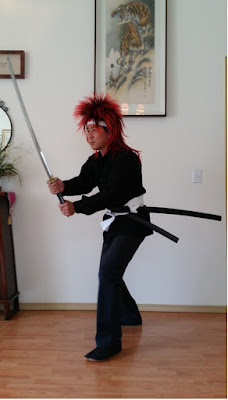 The repro blades are unsharpened and can be used for practice, or for chasing Trick or Treaters away. 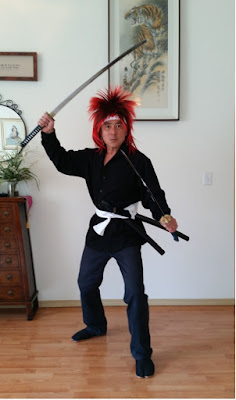 The painting below shows shaguma-wearing Tosa samurai at the Battle of Ueno Temple during the Boshin War. 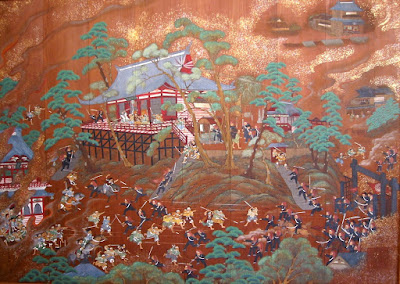 A Boshin War period samurai with a yak hair wig - can't tell what color the hair is, but the Tosa's were red, the Chosu's white and the Satsuma's black. 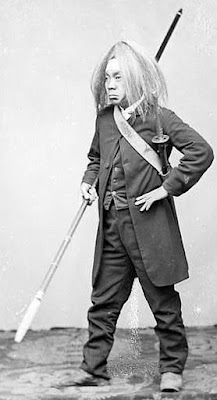 And everyone's favorite samurai wearing one. 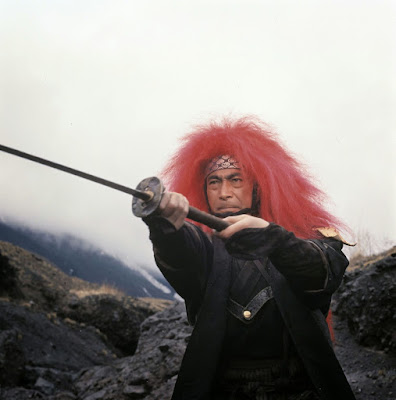 So much for now - apologies again for nothing new on the painting front.

Edit: added shot showing the katana and wakizashi - along with a tanto, tachi and bokken. 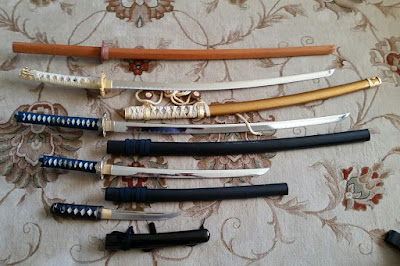 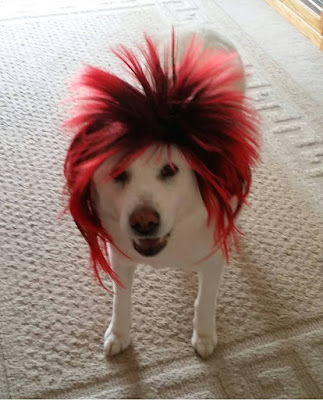