Just got back from another great Enfilade! Memorial Day weekend historical gaming convention hosted by the Northwest Historical Gaming Society (NHMGS). I ran my second Black Powder game on Saturday morning. This time the French never even made a move for the bridges to retreat off the table, but charged ahead and met the British on the field of battle. Suffice to say, they got bogged down in combat and such and never had a single unit off the table. The British destroyed enough French units that it was determined the French wouldn't be able to get at least 50% of their forces off the table - their victory condition.
Besides hosting the two Black Powder games, I played in two other games. The first was a Rebels and Patriots AWI game hosted by my buddy and fellow blogger David S. of I Live With Cats fame. A wonderful scenario which had the rebel militia and minute men units I ran in a losing struggle against British elites - Lights and Grenadiers. Here are some pics of the game.
The second game I played was also run by a buddy and fellow-blogger; Kevin S. of A Gamer's Tale. This was a WW2 Aerial game using Dave Manley's Air War rules. I played the Germans and flew a couple of squadrons of FW-190's. The objective was to keep the British from bombing the Tirpitz. I ended up losing my planes due to overwhelming British firepower. The game was a minor victory for the British as the Tirpitz was hit by strafing fire, but not severely damaged.
Although I only bought one item at the Bring and Buy, Napoleon's Army 1807-1814 - a finely illustrated by of Martinet prints, I was given quite a few figures - three boxes of plastic AWI figures from David S. and a box of Test of Honor Ronin from another buddy. 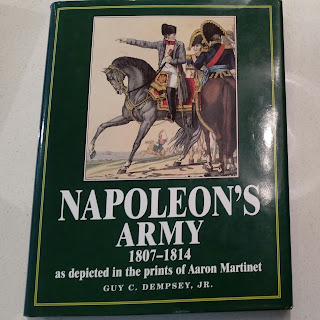 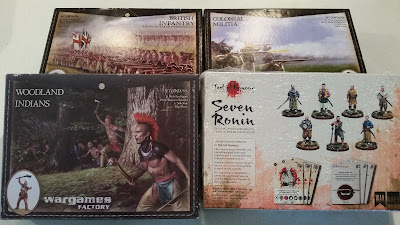 Well, at the risk of looking like I'm trying to make up for lost time (aka severe lack of blog posts), what follows are pictures of some of the games held over the weekend at Enfilade! I captioned the games using the PEL which I am pretty sure of. 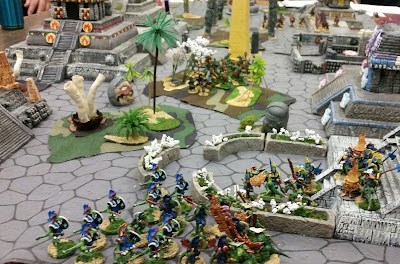 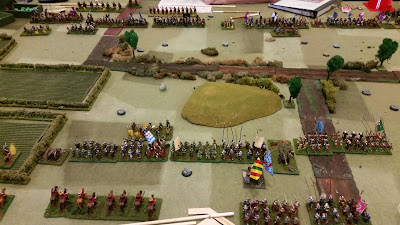 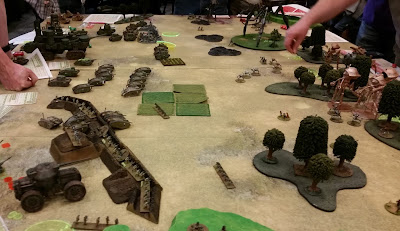 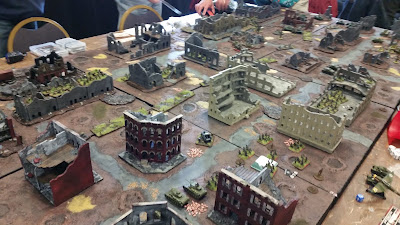 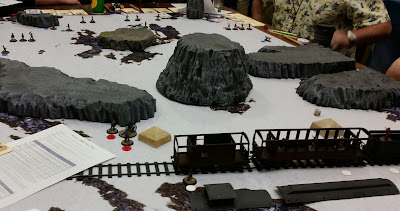 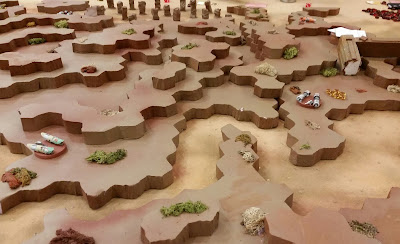 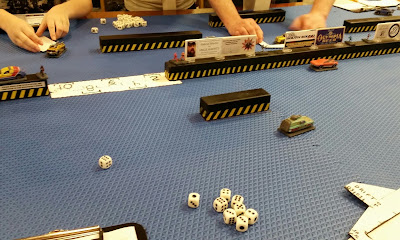 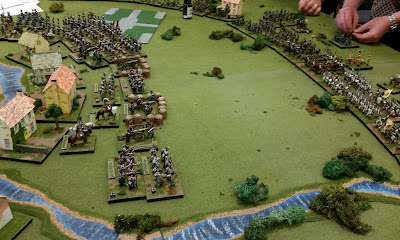 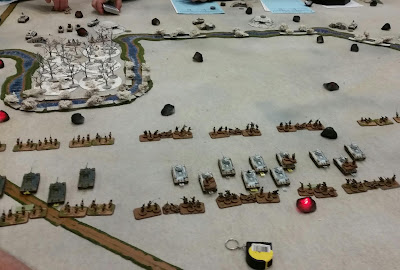 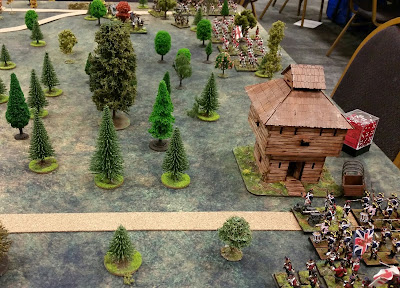 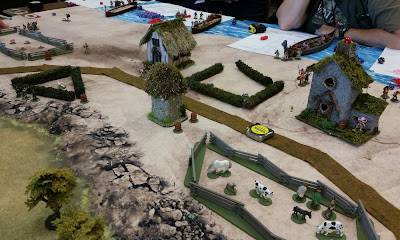 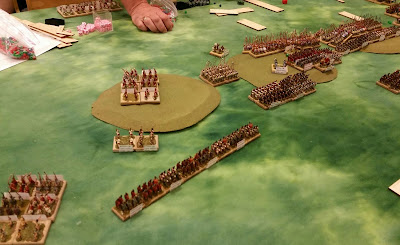 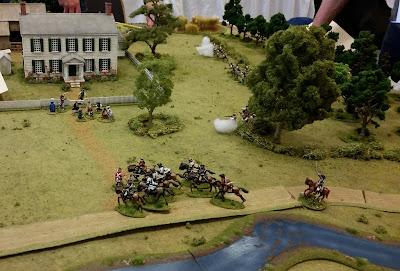 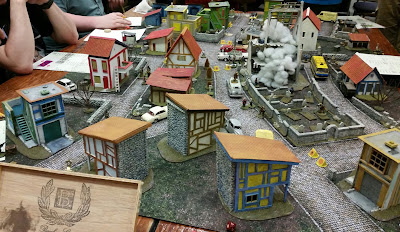 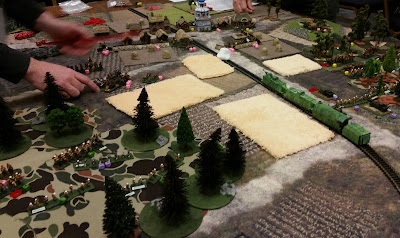 Thanks for stopping by and hope you enjoyed the post. Until next time, be safe and happy painting and gaming!

I'm Still Around! Hosted a Black Powder Game at Enfilade!

Sorry for the nonexistence in the blogosphere, but hopefully this post will get me back in the grove. Just hosted the first of two Black Powder games at our annual big convention, Enfilade! This was a cavalry-heavy game with only skirmishing foot. The scenario was having French abandoning Toulouse in 1814 with the British and allied Spanish and Portuguese chasing them down. The British managed a close victory by the end of turn 6. The French managed to get one of their brigades off the table intact. The French victory condition was to have at least 50% of their units in three brigade leave the table opposite a river. The British victory condition was to stop them. I host another game with the same scenario tomorrow morning. I'll post images of some of the other games from the con in my next post. Yes, two posts in as many days! Wow! Thanks again for your patience and stopping by.
Posted by DeanM at 11:18 PM 34 comments: