Seleucid led by Antiochus the Great. 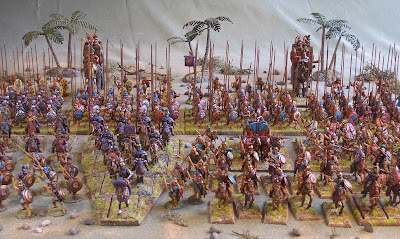 Mycenaean - My first WAB army. Next time this army is used, it will employ more archers - not just the guys in the spear formation.

Norman. A small detachment of shortbow archers has been added, and should help missle fire on the move.

Early Samurai. This army is suitable for individual skirmish type of games - maybe something out of Siege and Conquest.

Macedonian/Successor. This is a core army that can swap out/add various options - anything from Imperial Macedonian to late-Successors.

Here's a quick battle report w/captioned photos from a game which is part of a larger, running scenario hosted & GM'd by Wes R. Today's game (12/6/08) was fought between the forces of Marchester & Murchia - fictional entities among several others in their third year of hard campaigning. My Murchians had captured Tilltam from the Marchestrians in the previous campaign year. The Marchester forces decided to retake the village. The first relief force arrived from Sudley & a second force arrived from Marchester itself at turn 4. All the figures & scenery from today's game are from Wes' extensive collection. The game ended when Adrian's Marchestrian foot Milites defeated the Murchian Comes & his mounted Milites in combat - who fled off the table. As it is said, "He who fights & runs away, lives to fight another day!" 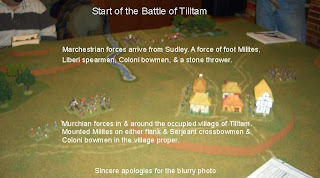 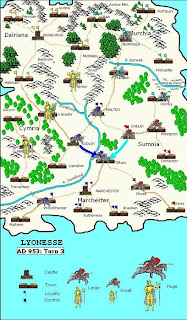 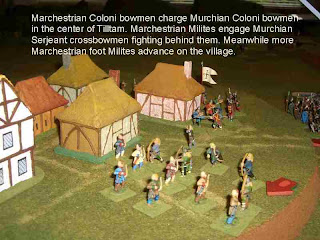 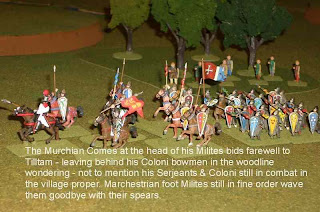 Some WAB Games from the Not-So Distant Past

These pictures, in no particular order, are from a series of games played at Adrian's "Edgewood Bunker" using the Shieldwall supplement. All the images can be enlarged for better viewing by clicking on them. 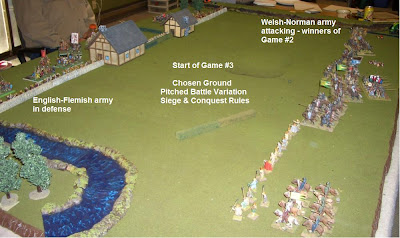 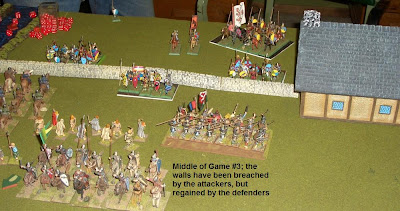 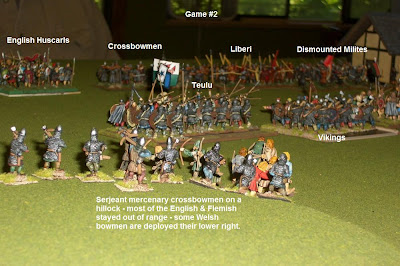 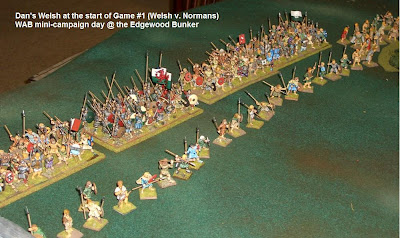 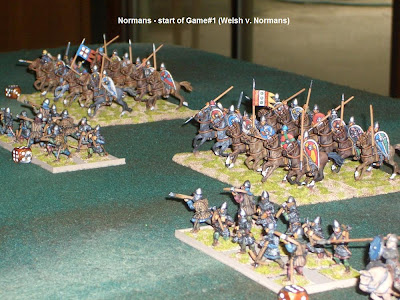 These pictures are from the first game we used the Hannibal & the Punic Wars supplement. As the text alludes to, we didn't have all the rules properly down - particularly the use of elephants. 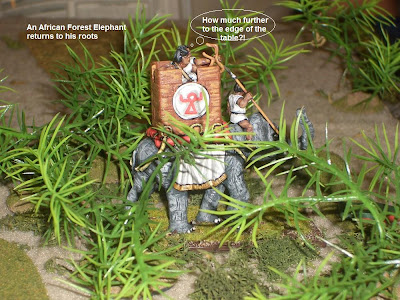 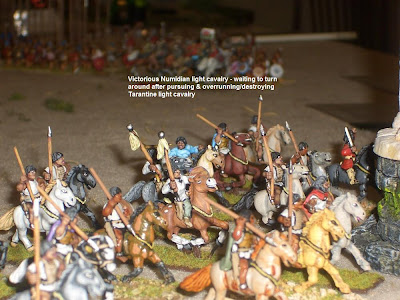 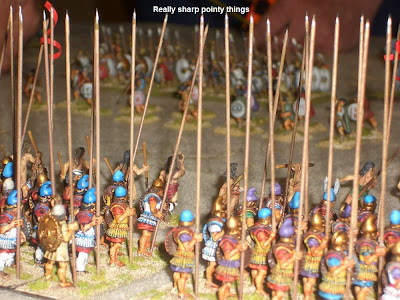 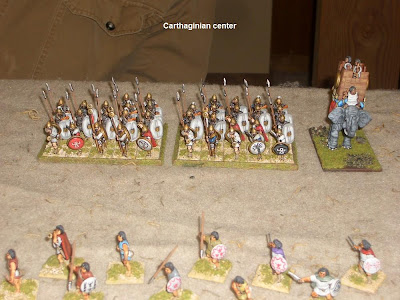 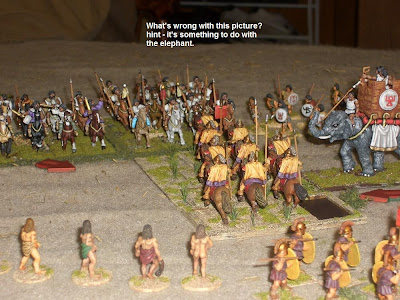 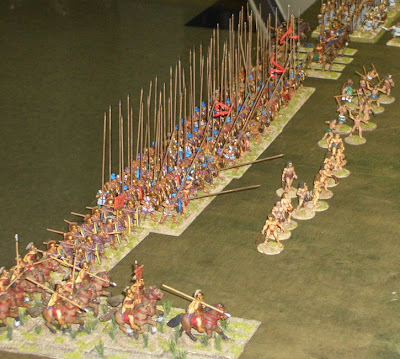 These pictures are from two WAB games played at "Drumbeat" - a historical gamers convention in Seattle, WA, January 2008 . 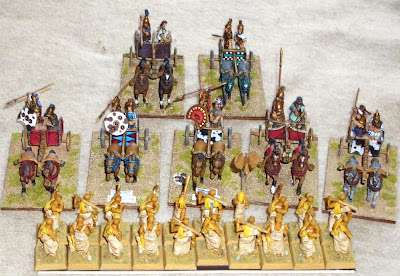 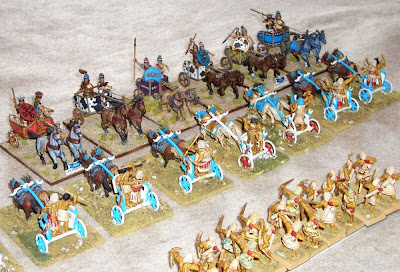 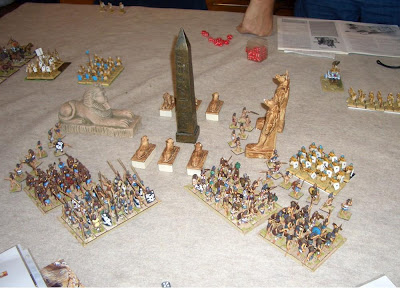 The Samurai game used the basic rules as the specific WAB supplement, "Divine Wind," is yet to be released. That marvelous Japanese castle/fortress belongs to Bruce D. The big Buddha is Adrian's. 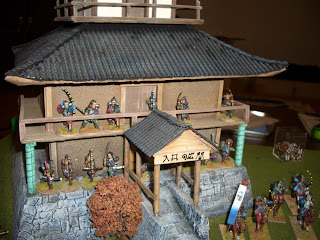 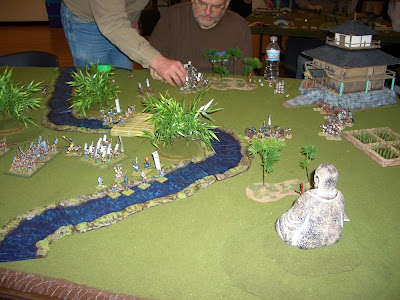 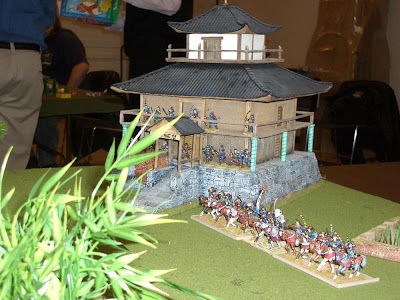 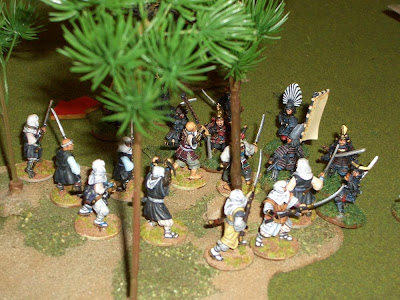 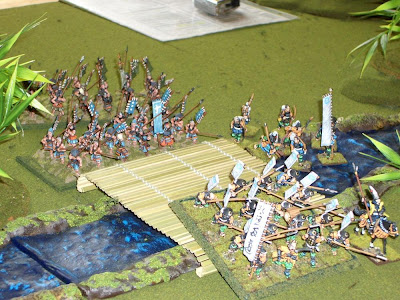 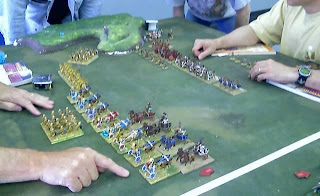 Well, this is my very first attempt at starting/creating a blog. Heard a lot about bloggin' but never bothered to "try it out." So here goes. The topic of this blog is of particular interest to me; one of my few remaining "vices" now that I'm a bit older & slower in age. Warhammer Ancient Battles (WAB) combines my long-time passion for military history and painting/collecting military miniatures (okay - what most adults call "toy soldiers").

The image above is from my very first wargame (WAB, of course) that was played at the Game Matrix in Tacoma, WA, a couple of years ago. In the foreground is Bruce D.'s New Kingdom Egyptians, and in the background is what was my Mycenaean army at the time - this army has since tripled in size. There were several other gamers who helped me in this new endeavor - Adrian N., Scott A. and Dan P. The notorious Puyallup (War)Gamers.

Another reason for this blog is to volunteer as the unofficial "recorder" of the WAB gaming that is being done locally. There are many really good sites worldwide, but I wanted one for the local crew. We'll see how it goes.
Posted by DeanM at 8:37 PM 3 comments: