A good number of us were able to gather at Bruce's place in Gig Harbor for our annual (except for 2020) Christmas Rampant game. Bruce is, as some may know, the owner and proprietor of Company B, and always graciously opens up his huge gaming room for us. There we about 20 of us running 12 point warbands. I ran my Mamelukes as heavy riders with mounted missiles and Janissaries as light missiles with sharp shooter upgrade. The two units did well, and not only survived the game but managed to take out two enemy missile units. A great way to end the year with good buddies and good food as well. Roast beef and shredded chicken sandwiches were provided by Hugh and Michele of Stonehouse Miniatures. They brought pulled pork last year. No complaints in any case! 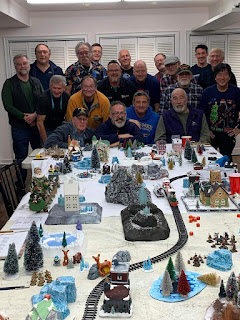 No new projects on the paint table; although I just picked up the new Xenos Rampant book and it has me thinking of some Weird War or similar. Plan to start the new year with a few trial games using these rules - already have some 40K figures for it. Also, you can pretty much use any figures for them too. Until next time wishing you all a great holiday season - Christmas and New Year!
Posted by DeanM at 3:46 PM 10 comments:

Well here's what seems to be a quarterly post from me nowadays. I've been preoccupied with my other hobby (the guitar thing), but did manage to get up to the Boeing Museum of Flight for a game day. This was the first time since 2019 - the museum was closed for most of 2020 and 2021. Not only was it nice to see the museum again (free of charge thanks to our partnership with them on a hobby day there), but I also got into great games for the two periods. The first was an air race run by our good NHMGS president Kevin Smyth - who also is the liaison with the museum. He's run this game for years at many venues, including this one, but this was my first time playing in it. I had some very good die rolls in the beginning of the game which had me in first place for the first lap and part of the second. I flew a Gee Bee Model R1 and finished mid pack. In the second period, I played in a Napoleonic Austrian vs. Bavarian game using the new Valour & Fortitude rules. I was overall general for the Austrians' three brigades and ended the battle holding two of the three key positions but losing a good number of units. I tend to do not-so-sound things with units like Hussars. The game was a either a close draw or a minor victory for the Bavarians - depending on whose side you were on. I think we won due to some errors made by the GM only discovered after the battle. One being my Grenzers not being able to follow up an attack after the shooting phase. Quite a different set of rules from the usual ones. For instance, firing is before movement and you cannot make a normal movement if the unit fired. Otherwise a great way to spend the day with good gaming buddies and a wonderful venue. I've also included a few pics of some marvelous displays from the IPMS group co-located near us under the SR-71. 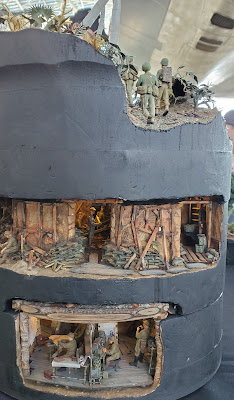 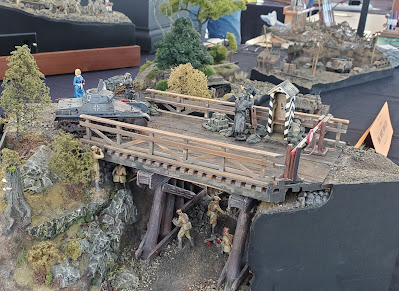 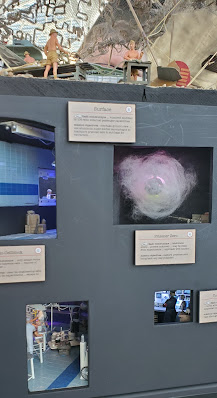 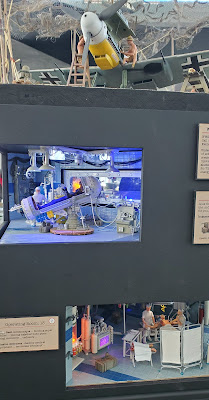 So much for now - haven't picked up a paint brush in months - just getting in some infrequent gaming. Best wishes to you all!
Posted by DeanM at 5:44 PM 18 comments:

My buddy and his son hosted a great Black Seas game today. Not a large game, but a nice one for myself and and another buddy playing the rules for the first time. The ships looked great and some of them painted and rigging put on just prior to the game - we only used about half of their ships. I ran half of the French fleet and managed to survive with one remaining ship of the line. My frigate and other ship of the line were damaged to the point of being floating wrecks. This was my first time playing the rules, and really enjoyed it. Although I have to admit I relied on their calculations for combat resolution and damage. It's great when someone else is GMing. Finally, I must apologize for being off the blog for so long - but have been keeping busy with my other hobby pursuit of playing and collecting guitars. I ended up picking up a few used guitars needing some TLC and also a couple of ebay purchases. Thanks to YouTube I was able to level frets, smooth fret ends, adjust truss rods, replace bolt on necks, solder pickguard covers and other interesting luthier stuff. 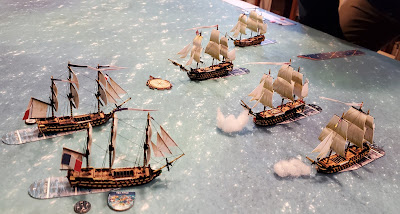 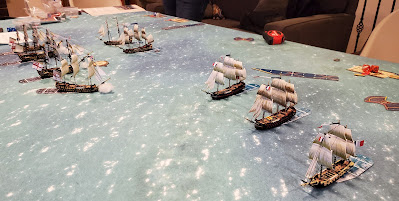 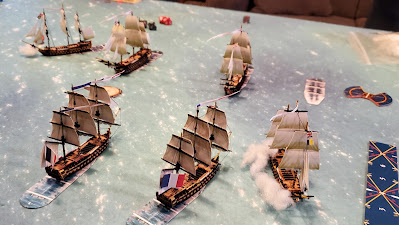 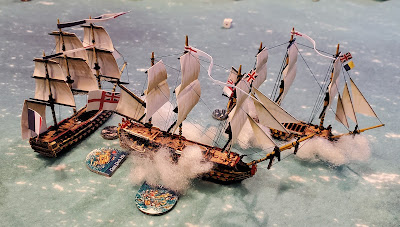 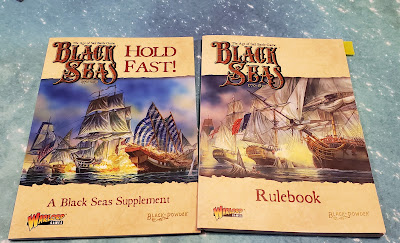 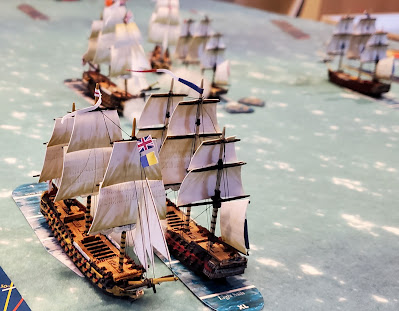 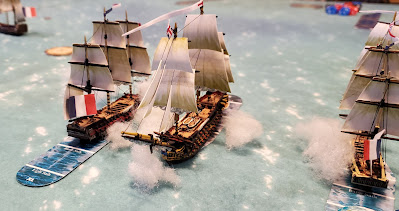 Again, apologies for neglecting visiting your blogs and being away for so long. Here's a picture below of what has kept me away. 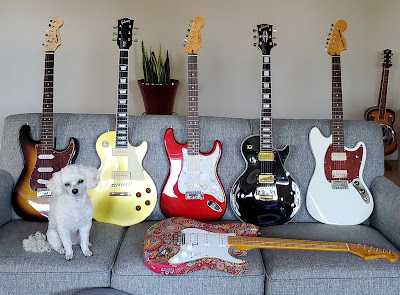 Thanks for stopping by and allowing me to indulge a bit - best wishes to you all!
Posted by DeanM at 4:16 PM 19 comments:

Played my second Chain of Command game in over 3 years. Fun game, but definitely needed two experienced GM's to run it. I ran a German panzer unit, which did quite well. Played about 10 phases, which are similar to turns. It ended up being a close slugfest with me knocking out a KV-1 early in the game, as well as taking out an anti-tank rifle team. However, I lost a Panzer IV to another KV-1, and my buddy lost most of his infantry. The Russians did lose in overall command points (or whatever it's actually called). All in all a nice game, but as mentioned, mainly due to the experienced players running the game and doing the combat/shooting resolution. I can see the appeal for these rules over, say something more simple like Bolt Action (which is what I prefer), if you were to play these rules as a campaign. In fact, the two experienced buddies are planning a long-term campaign for Stalingrad - even working on a multi-level board with sewers, etc. I should also add that there were elements of other TFL rules - commanders' actions and die roll activations reminded me of Sharp Practice and What A Tanker, respectively.

Seems I've only been posting about once a month - mostly with games I've played in. Otherwise, things are going well enough - actually spending a lot of time with another hobby - playing guitar. Nothing serious, but I did pick up a couple of inexpensive "made in China" guitars which are more than sufficient for me. Until next time, wishing you all the best.
Posted by DeanM at 5:07 PM 32 comments: