...and ready for Sharp Practice? I finally managed to finish a box of Victrix French Infantry. Took awhile due to a intermittent periods of lack of motivation. I'm happy with the results. Here's what they look like. (pics of the grenadiers & voltigeurs were posted previously. ) 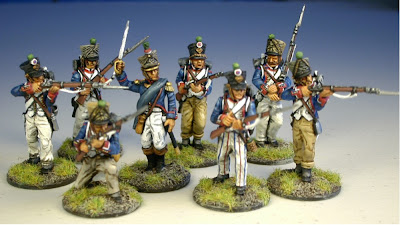 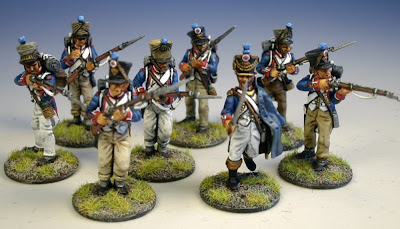 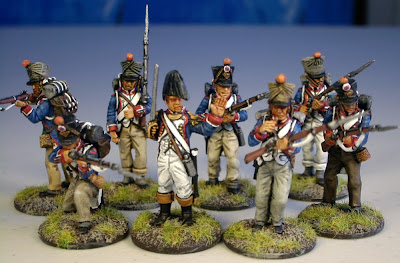 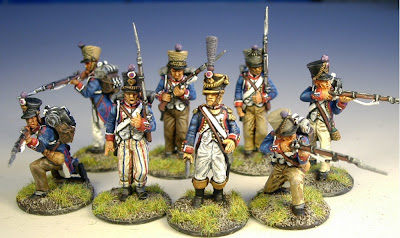 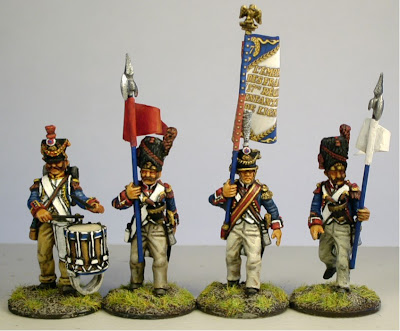 The left wing "elites" of the line battalion. Next up the Fusiliers & "Big Men."

Skirmishing in front of an old Spanish church (from Old Glory). 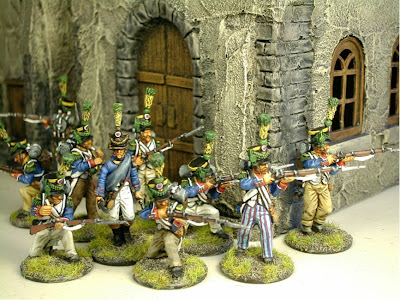 Okay, I've finally finished painting some of these guys. Only ten Grenadiers right now. The temperature finally dropped down enough so I could put the finishing touches on these guys. As anyone here in WA State knows this past week had record highs - 100-plus degrees. I'm also recovering from a stomach ailment - maybe a combination of the heat & mild food poisoning. Anyway - here are a couple of photos: 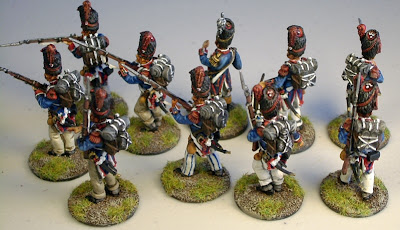 I had a slight problem with the base coat. The flat white spray (from Walmart) went on some figures a bit rough. This made the finish too bumpy for some stuff - like the officers sword, so I ended up scraping the paint off & applying a new smoother base coat. I need to be sure to remember this the next time I prime figures with spray paint. Smooth finish base coat is good, rough is bad.

Overall, these aren't t terribly hard to paint, just a lot of tiny (& time-consuming) details - like the piping around the collars, cuffs, turnbacks & lapels. Oh, and I almost forgot to paint the cockades on the bearskins - I noticed I'd forgotten to paint them while flocking the bases. Now, I have 50 more similar figures to paint. The Voltiguers are next; then the four "companies" of Fusiliers. Actually only about 10 figures each, but they will have the four different colored pompoms for each of the four companies.
Posted by DeanM at 7:50 PM 1 comment: