She's riding in "The Pulpit of Saint Holline's Basilica." 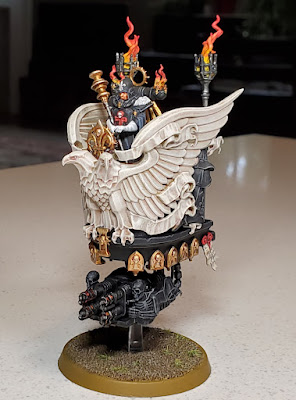 She is armed with 2 heavy flamers and the "Mace of Castigation." According to the rules, you can only have one of these in an army. 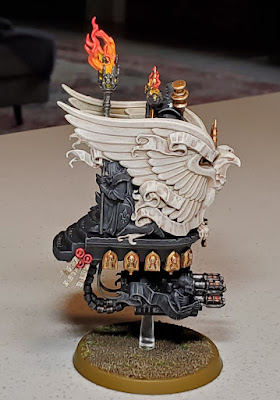 The box art shows lettering in the scrolls with the double-headed eagle, but I didn't want to risk messing it up so left the scrolls plain. 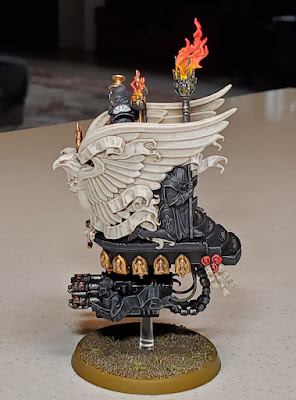 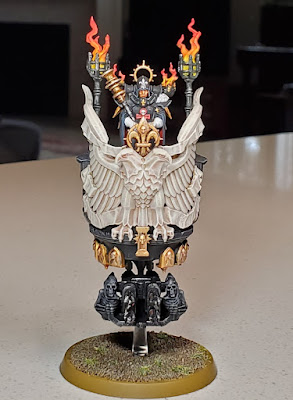 There are many color variations of this model on the internet, but I tried to stay close with the box art for the Order of Our Martyred Lady. 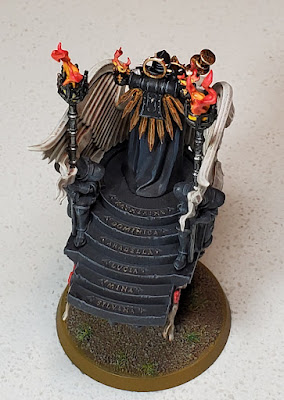 Below is a comparison shot with a Rhino and a Battle Sister on foot. 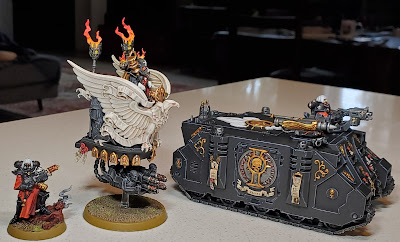 Next up are the Pentinent Engines, Arco-Flagellants and Sisters Repentia, but have another Black Powder game I need to set up for this Friday. As for painting, I watched a YouTube video on Army Painter Speedpaints - and was thinking those figures would be a good test for it, but see these paints won't be available until next February. Until next time, thanks for stopping by and wishing you all the best in health and hobby pursuits.
Posted by DeanM at 2:03 PM