Sisters of Battle - Order of Our Martyred Lady - WIP

WIP on a couple of boxes of Adepta Sororitas Combat Patrols. Thought about building either a Space Wolves or White Scars Space Marines army, but saw these going for a great price - one quite a bargain because the box had a damaged corner. Anyway, just finished putting together the figures and Rhinos. One of the Canoneses was left on the sprue as only one will be needed for this army. 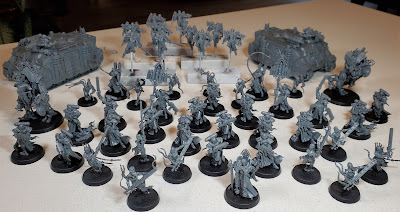 Magnetized the heavy weapon on the Rhinos to allow the hatch to be flipped over as an option.

Used most of the extras as bling on the two Rhinos.

Here are a few pictures of the 7" McFarlane Space Marines previously painted. Added some purity seals too. 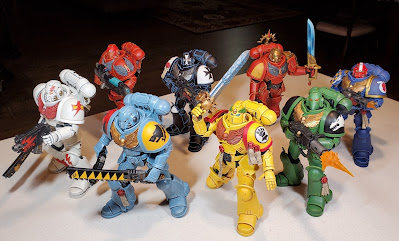 They're getting some PT while attending DWAS (Deathwatch Assessment and Selection). 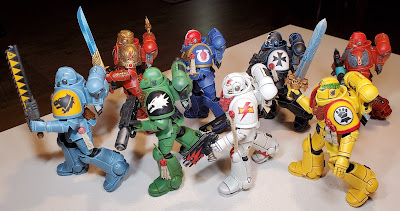 Obviously getting smoked during a run as they can't stay in step. 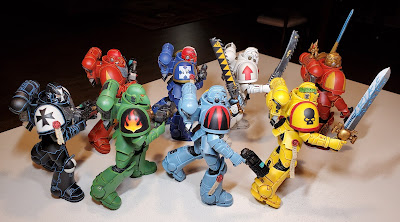 The Blood Angel LT class leader will get them through the course.
Thanks for stopping by for this quick 40K interlude. Wishing you all the best.
Posted by DeanM at 4:16 PM