These are the Rhinos that came with the Combat Patrol boxes (1 each). Painted up as Our Martyred Lady Order.

They come with decals for all the major militant orders - as well as some for scrolls - fiddly to put on, but nice once applied.

The hunter-killer missiles are magnetized so they can be removed and the hatch flipped.

A bunch of optional part are included to bling out the vehicles. 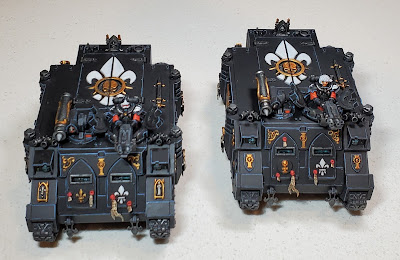 A fun kit to put together and paint up - the edge highlighting took the longest, but I wanted it to match the way the Battle Sisters were painted up. 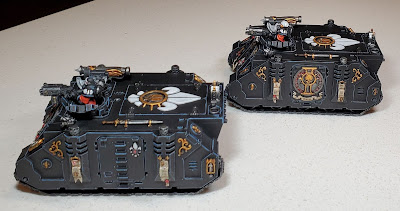 Here they are with the missiles detached. 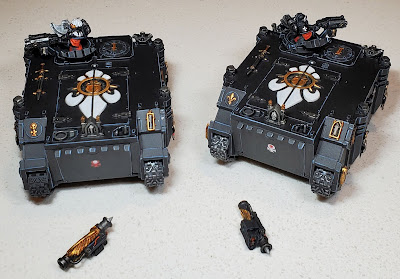 On the gaming front, have another Black Powder game this coming Friday - the Battle of Gorodetschna. Finally getting the Russians and Austrians I painted a while ago onto the gaming table. I don't have any Saxons, but will use French and other troops as proxies. My buddy James will be supplying the Austrian artillery as he has a ton of them. Thanks again for stopping by and wishing you all the best.
Posted by DeanM at 9:32 PM