Just got back from a great game day at the Chehalis Veterans Memorial Museum. This was my second time for this event - the one last year was cancelled due to the shutdown. It was great to see the old gaming buddies there, just like we hadn't skipped a year. My buddy, Scott, and I ran our Imjin War Naval game in the second period. We had 5 players for our game "At The Height Of Battle". A few of the players were familiar with other rules by the author, David Manley, so were keen on trying these out. Two of them are also fellow bloggers - Kevin with "A Gamer's Tale" and David with "I Live With Cats".

The museum itself is run by veterans and volunteers, and has been around in some form or fashion since 1997. It's located right off of I-5, about 30 minutes south of Olympia. It has an impressive collection of mostly-US military artifacts - donated by or on loan from private collections, including actual veterans and family members.

The games were held upstairs in their events hall. Refreshments were provided - coffee and snacks. 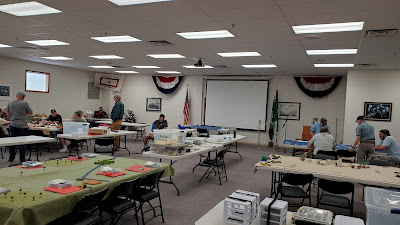 Pictures of some of the games. 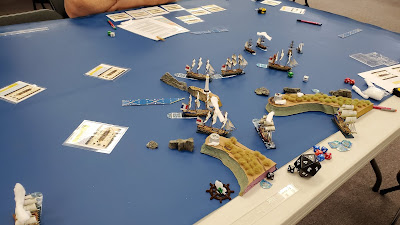 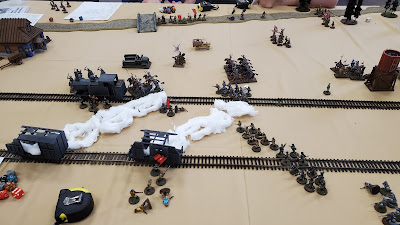 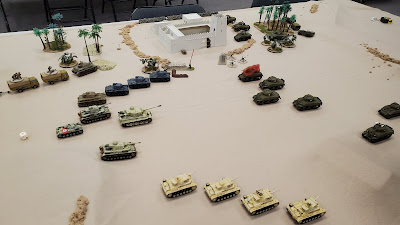 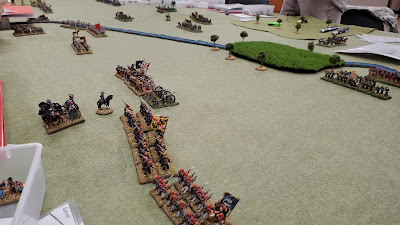 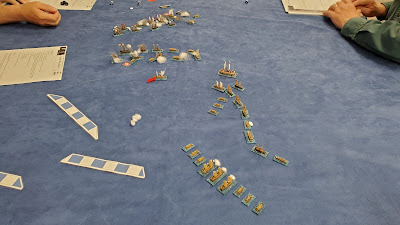 Imjin War naval battle using At The Height Of Battle. Japanese were declared winners in Turn 3 after capturing over 50% of the ships of a Korean squadron. Although, on the Japanese right flank - the action was very close and could've gone either way.
Here are a few pictures of the excellent collection at the museum on the first floor. 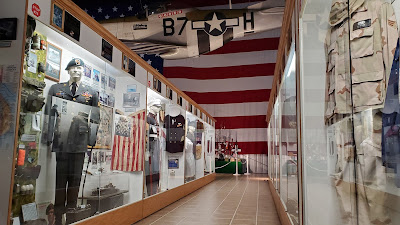 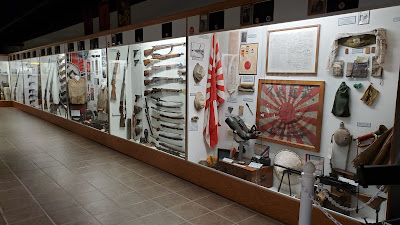 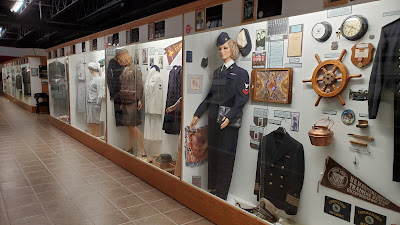 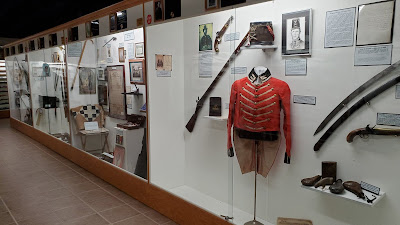 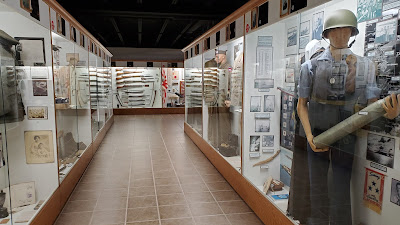 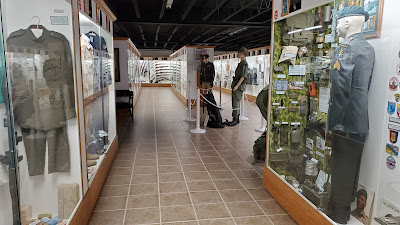 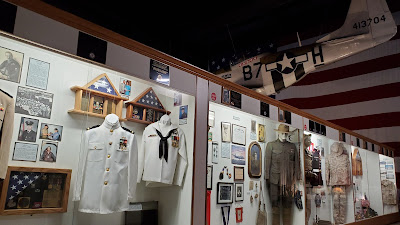 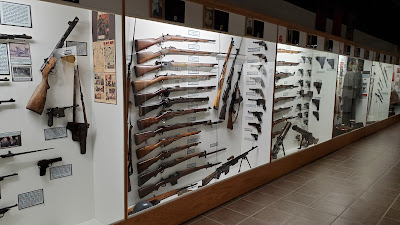 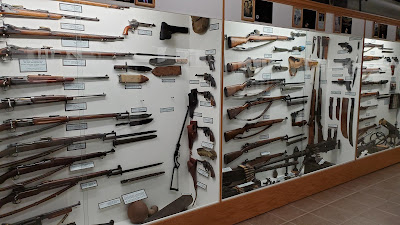 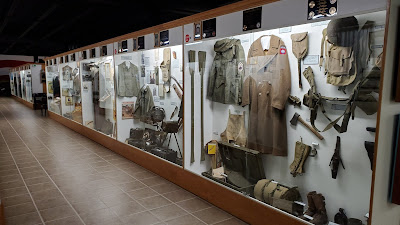 As we were leaving, a group of hot rod enthusiasts were gathering outside. There's also a vintage railroad museum next door too. Quite a place to spend the day. 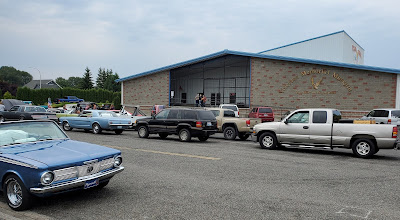 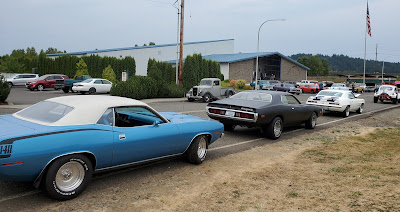 It was great seeing gaming buddies who've I've not seen for over a year; seemed like old times. We hope we can continue to game together again in the future.
Posted by DeanM at 6:43 PM