Here are the two mounted commanders that came with the Victrix Austrian Grenadiers; along with the left-over foot figures. 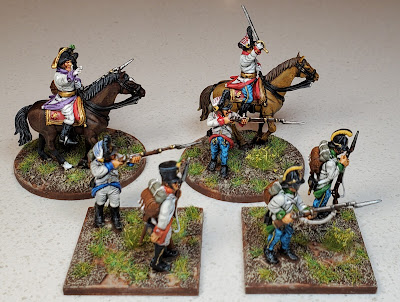 The crested helmets really do give them an Austrian-look though. 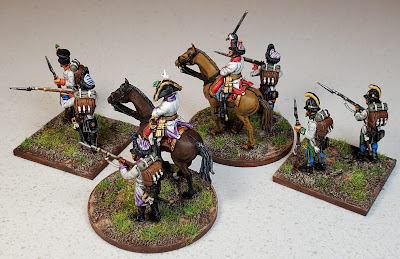 Although there are no plans to build a sizeable Austrian force, I did order a box each of Perry Austrian infantry and cavalry. Maybe they'll be coupled with the Russians for some 6th Coalition battles. Anyway, just wanted to finish up the box of Victrix Austrian Grenadiers - hate leaving figures unused. Thanks again for stopping by the blog and hope you all are doing well and enjoying the hobby.
Posted by DeanM at 9:41 AM