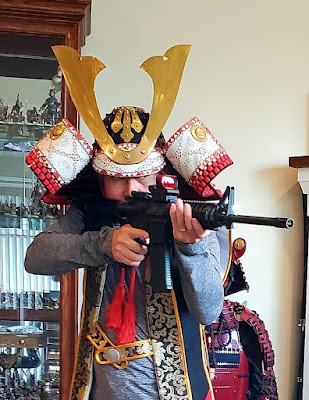 Sorry for not being on the blogosphere for awhile, but I've been on a quest for fire, or more appropriately a firearms quest recently. Here in Washington State, a new law prohibiting the sale and transfer of firearms with more than a 10-round magazine capacity will take effect 1 July of this year. It does not affect (at least for now) the possession and sale of these prior to 1 July. This was announced a few months ago, and it prompted to me feel the "need" to acquire a few of these soon to be prohibited weapons. Prior to this, I really didn't have a burning desire to own anything of the sort - having spent 28 years in the Army, guns really didn't hold any special aura for me. However, that all said - just the thought of someday possibly wanting to own one of these soon to be "outlawed" guns made me go on a mini-buying spree of sorts. I already had a Walther P1 which I picked up over 10 years ago at a local outdoor store for $330. I honestly only fired it a few times over these years - mainly because I thought I could spend the money for ammo on other things - like figures and such. Anyway, I ended up buying not one, not two, but four new firearms.These are a Springfield Armory SA-35 (Browning Hi Power clone), an Uberti repro of a Remington New Army Revolver, a Smith and Wesson M&P 15 semi auto rifle - and just last night I ordered a Girsan Beretta M9 clone. Still awaiting the arrival of the Girsan. Granted the revolver isn't impacted by the new law, but it's such an iconic gun. With these acquisitions, I've spent a lot of time (for me anyway) on the range test firing them these past few weeks. 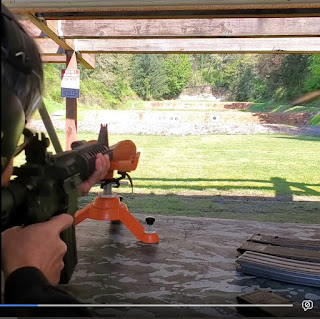 Target below is from the 25 yd target; also had a 100 yd target - but that one wasn't shot at too much. It was a nice day to be at the range. 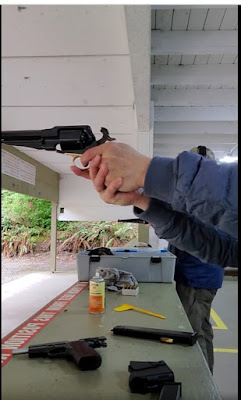 I had several 15 round magazines for the Browning Hi Power clone - and also this 30 round one. 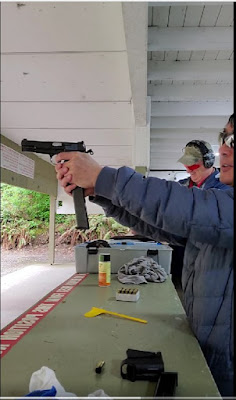 Not to worry as I haven't quit the hobby. In fact, I packed up the figures and terrain for the games I'm hosting at Enfilade in a couple of weeks. Pictured below are the bins for the La Haye Sainte game on the right and the Marston Moor game on the left. 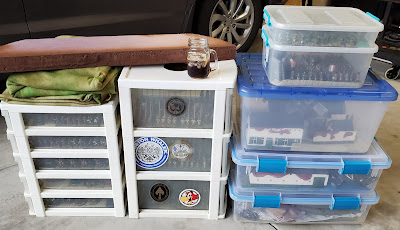 Well, I hope I haven't offended anyone with this post, but just wanted to share a bit of what I've been up to lately; and why I haven't been able to visit your blogs. Until next time, thanks for stopping by and wishing you all the best.
Posted by DeanM at 10:55 PM