In preparation of an Hail Caesar EIR vs. Celts game next week, I wanted to add some roundhouses to represent a small village. I used existing stuff laying around the house, as well as a $5 natural bristle broom from one of our local Korean markets.  Not the prettiest, but good enough for the purposes of the game. I rushed through these, and really should spend more time and effort on terrain in the future.

The roundhouses were made using a paper towel dowel for the smaller ones, and a plastic vitamin bottle cut in two for the larger ones. The roof frames are made from cardstock. 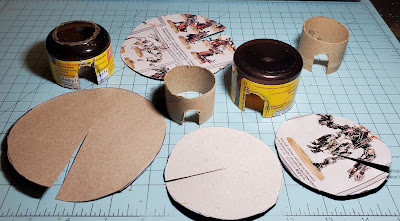 The roofs tested onto the houses - everything was eye-balled, so they have a fairly rough appearance. 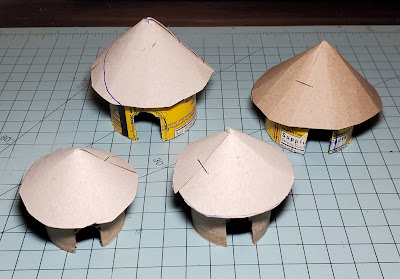 A glue gun was used to make sections of the roof thatching. The straight edge held the bristles down while the glue gun was run past. These were then glued onto the roofs. I ended up adding more bristles here and there to give the roofs a fuller appearance. 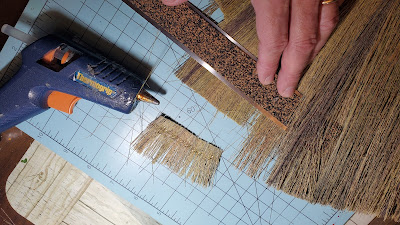 The houses were covered with acrylic caulking at first, but I later added a light coat of spackling for more texture. This was painted a light brown and then dry-brushed an off white. The roof thatching was brushed with watered down white glue. Probably could've made the thatching look better, but I kind of rushed through the process. 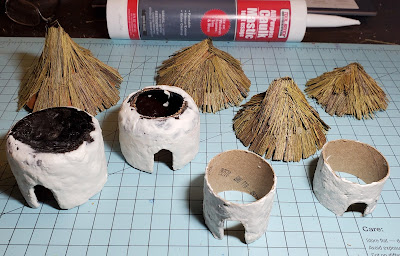 Again, good enough for the game next week, and only had to pick up the broom for the bristles to complete. Until the next blog update, wishing you all the best and a Happy Thanksgiving for those on this side of the pond.
Posted by DeanM at 5:22 PM