Here is another Black Tree Design HYW foot knight - this time painted up as Sir Miles Stapleton of Bedale. He was a founding member of the Order of the Garter. He was present at the Seige of Tournai in 1340, following the Battle of Sluys. He fought in the War of Breton Succession and was gravely wounded at the Battle of Auray in 1364. 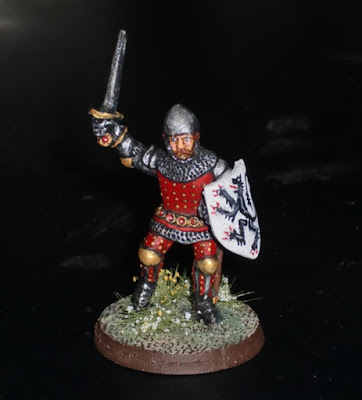 Sir Miles' armor is of the interesting type with studs on his brigandine as well as his cuisses. His lower leg armor being splinted and studded. His arms are argent, a lion rampant sable. 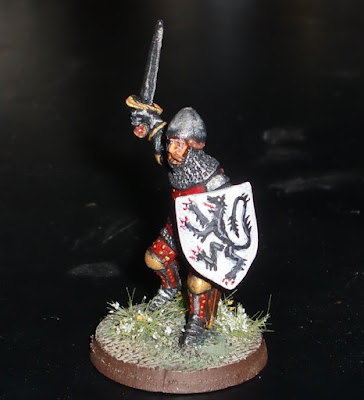 Sir Miles died in December 1364 succumbing to wounds suffered at the Battle of Auray. 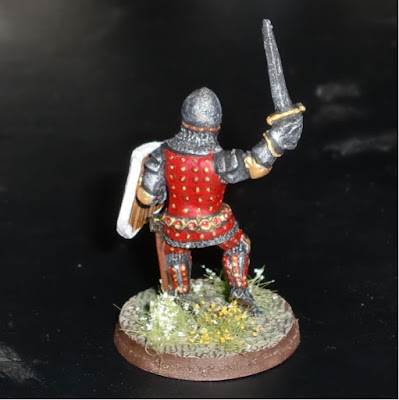