Here's the last Black Tree Design foot knight from their Early-HYW command pack - painted up as Sir Richard Fitzsimon. Sir Richard is credited with protecting the young Prince of Wales at Crecy when under attack by the Duke of Alencon's forces. 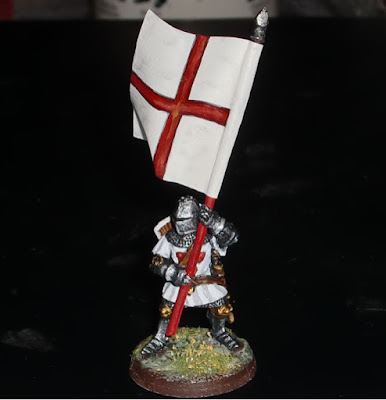 This is the narrative by Froissart: Sir Richard Fitzsimon, the Black Prince’s standard bearer was beside the Prince when he fell and threw the standard down to cover him and then stood on it to both protect him and prevent the standard from being carried off. Sir Richard Fitzsimon then slew the French knight who had knocked over the Black Prince, then killed the Count of Flanders. The Frenchmen eagerly pushed forward to seize a valuable prisoner and the Englishmen were struck down in turn until Fitzsimon was the only one left standing. 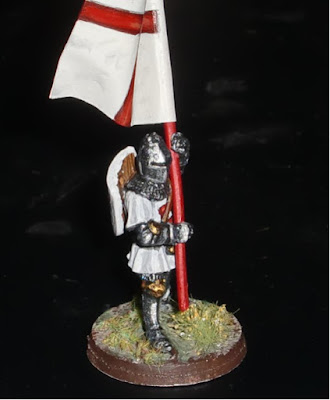 He bears the Cross of St. George. Sir Richard was another founding member of the Order of the Garter - no surprise considering his prowess at Crecy. 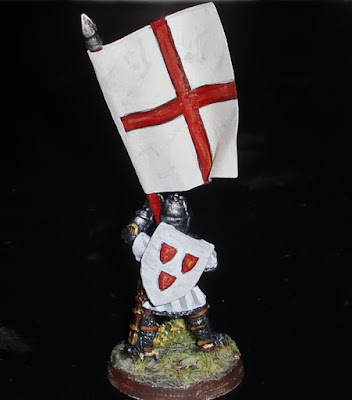 His arms are three red (gules) shields (escutcheons) on a white (argent) field. Quite simple, yet probably visually stunning on the battlefield. 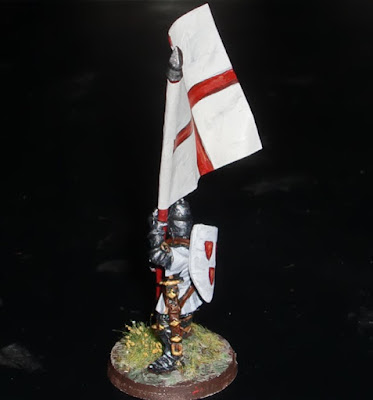