Here is another Black Tree Design HYW knight from their command pack. He is painted up as Sir John Beauchamp, who was the younger brother of Thomas, Earl of Warwick. Sir John was Edward III's Royal Standard bearer at Crecy. He was also present at the Battle of Sluys, and the Siege of Calais. Sir John was one of the founding members of the Knights Garter. 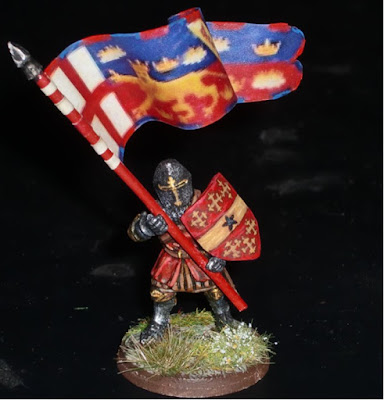 The lovely standard was another free download from the excellent Danish Figure Games Association site; the flags themselves created by one Rune Kramer - quite a talented and resourceful bloke. 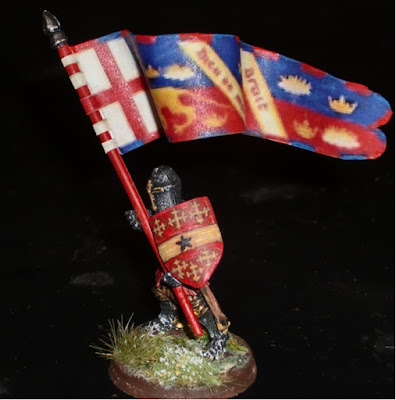 His shield bears the Beauchamp coat of arms with a black (sable) star in the center field to indicate his status as a younger brother of the family head. 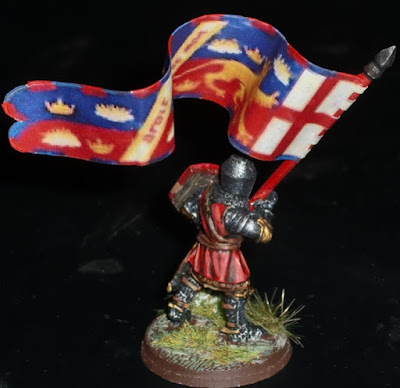 One more figure remains from the command pack, and he is planned to bear the St. George's Cross flag.
Posted by DeanM at 7:56 PM