Getting back to brushwork - here is another Black Tree Design HYW foot knight. He is painted up as Sir Laurence Hastings who served under Edward III in Flanders and Scotland. He also participated in the Duke of Lancaster's campaign in Aquitaine and Gascony in 1345. He was at the Siege of Calais in 1346. He died in 1348 at the age of 29. 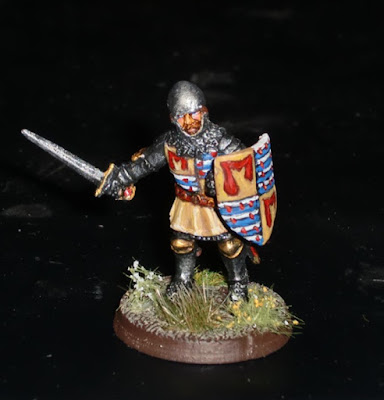 His coat of arms are those of Hastings and Valence quartered. The arms of Hastings being a woman's sleeve and that of Valence being bars argent (white) and azure (blue) with red (gules) martlets. Quite a catchy set of arms. 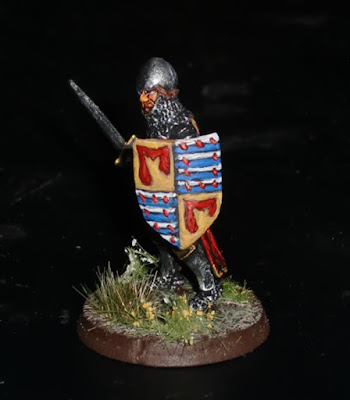 His armor is typical of the early 14th century consisting of plate limb armor supplementing mail. He wears an open faced bascinet with mail aventail. 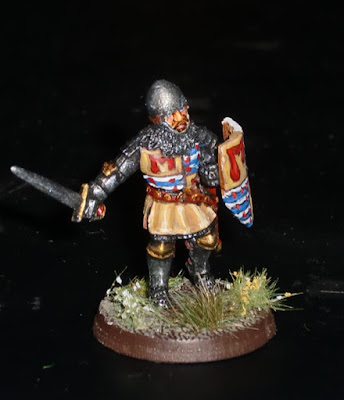 Black Tree Design makes some of best figures for the period - Crecy to Poitiers - in my opinion. 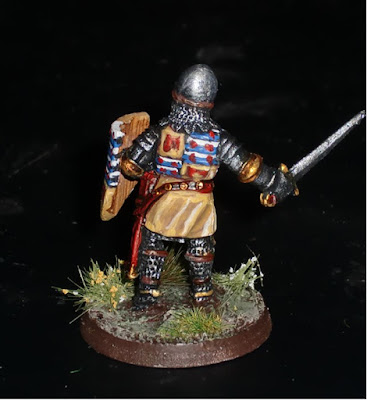 The figures are on the larger side of 28mm, which makes a nice foil for heraldry.
Posted by DeanM at 8:11 PM