Although I only think Newcastle's regiment fought at Marston Moor, they'll all be used in the game. I just like the variety of coat/jacket colors and the regimental flags as well. 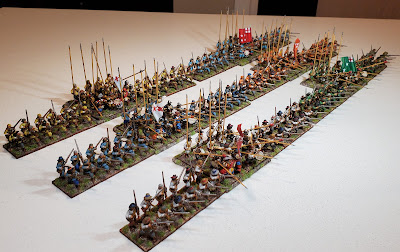 The pike units are on movement trays for ease of play, as pikes can be a bear to handle otherwise. 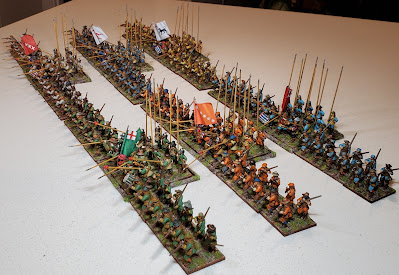 There are 4 more units to repaint from the ones that were already painted by my buddy. Aldo 2 more new units, one being another Scots Covenanters regiment. I plan to paint up at least one as Lord Brookes' regiment of foot in purple. Again, not so much as their presence on any particular battlefield, but for the color of their coats and available flags. I also got some nice packages in the mailbox today too - an Osprey Marston Moor Campaign book and a small order from Perry - to flesh out another regiment. The Perry order only took 10 days to arrive - mailed out on 30 December. 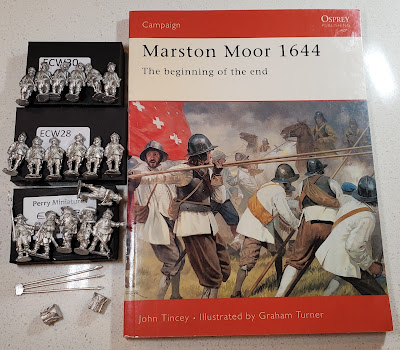 Thanks again for swinging by the old blog and wishing you all a great start on the new year!
Posted by DeanM at 7:46 PM