McFarlane Sister of Battle - Order of Our Martyred Lady

Here's another articulated McFarlane "action" figure; this time an Adepta Sororitas Sister of Battle. I added details over the basic pre-paint job. 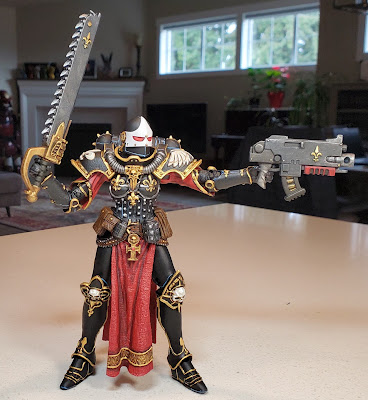 Not very up on Sisters of Battle, but I think this one is belongs to the Order of Our Martyred Lady - which I ran twenty reds light in her honor. 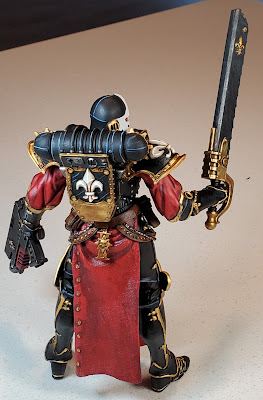 The figure comes apart for painting, but a little different than the Space Marine figures - which is no surprise as they aren't in power armor. 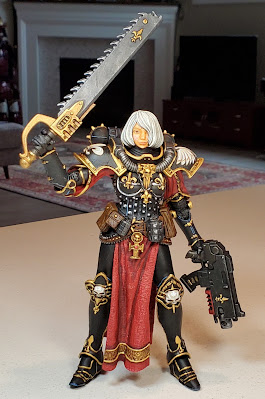 Added a 3D resin head I picked up from a separately ebay vendor.

Next to a 28mm Chaplain and the previously painted McFarlane Salamander. 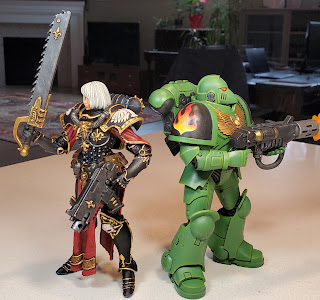 Another size comparison with the two McFarlane figures. For the record, I pre-ordered their soon to be released Reiver Space Marine figures wearing Phobos armor. Yeah, I know I'm kind of making technical references way above my pay grade.
Anyway, just a quick update to blog to keep it moving along. Appreciate your stopping by and wishing you all the best in health and hobby pursuits!
Posted by DeanM at 1:53 PM