Just some staged shots before a play test tomorrow. 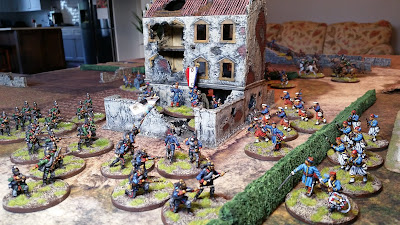 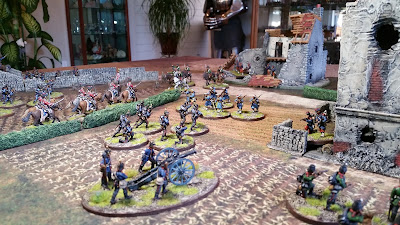 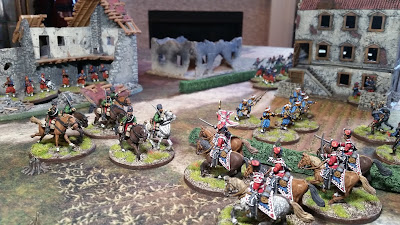 Prussian hussars and French chasseurs a cheval charging into the fray. 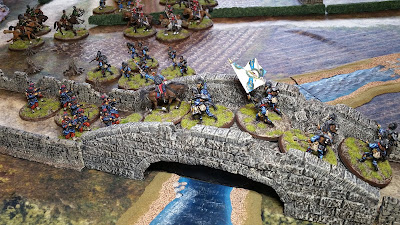 An heroic French officer leads an attack against Bavarian infantry 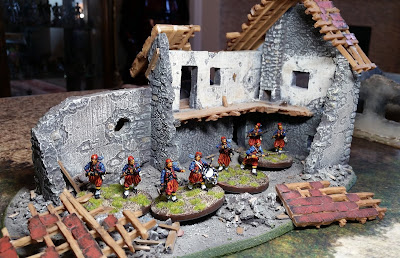 Pardon the indulgence, but I wanted to get some decent photos of the terrain and figures before the actual game. I invariably forget to take pictures during the game; and the ones that I do are usually blurry and out of focus. I will, however, post the game play and results afterwards. Until then, thanks for stopping by and best wishes to you all.
Posted by DeanM at 7:06 PM