Known as the Queen of the Desert in the early part of the Western Desert Campaign, particularly against the Italians. It's heavy armor proved virtually impenetrable against the early enemy tanks and artillery. However, they were decimated at the Siege of Tobruk by German 88's. Later German armor and artillery made them somewhat obsolete - read...slow moving targets. 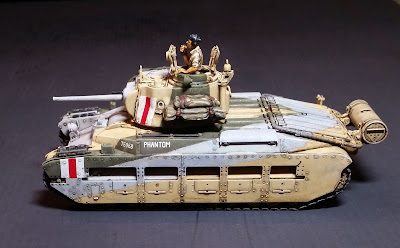 I used Pledge (formerly Future) floor wax mixed with inks for the wash. It's not at heavy/thick as Minwax and dries as fast as acrylics. 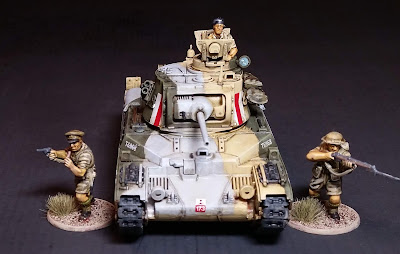 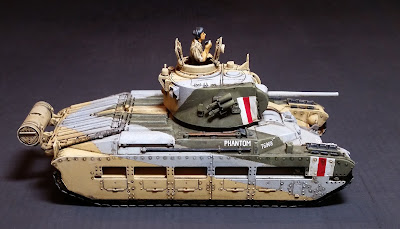 The OD green was toned down a bit with some highlighting/drybrushing. 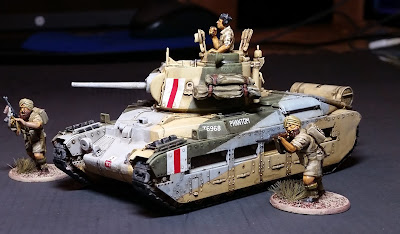 According to the Western Desert Bolt Action supplement, Indian troops trained closely with the Matilda's early in the campaign. 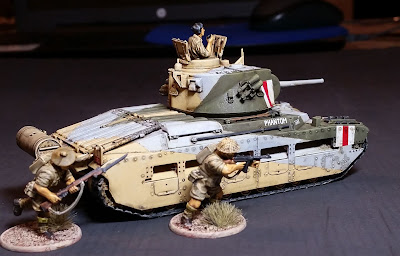 The Matilda was used in all theaters the British operated in, and even on the Russian Front by Soviet troops. 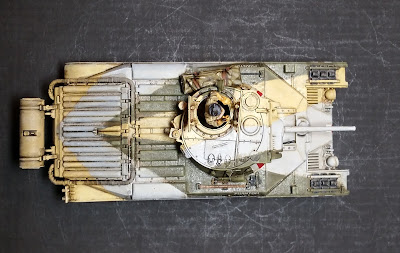 So much for now - waiting on another (small) order from Warlord Games. This time some light artillery for both the British and Germans. Until next time, happy gaming and painting to you all!
Posted by DeanM at 7:29 PM