Another plastic 1/48th Tamiya kit for the 8th Army force. The anti-tank rifles should be able to penetrate this thinner armored tank. I also like the sleek and angular look of it. The difference between the Mk. I and II is the former had a hull mounted machine gun turret. 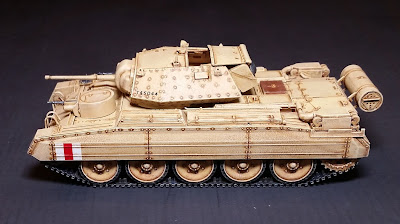 Left the turret hatch in the open position as I plan to add a TC later - the kit didn't come with one. 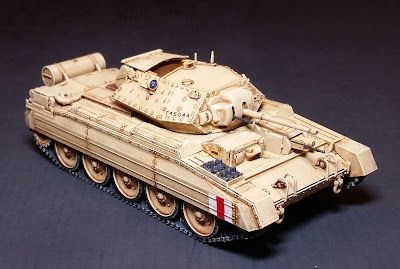 I brushed on successive light coats of Vallejo Dark Sand. A wash of Future/Pledge floor wax and pin lining were added afterward. 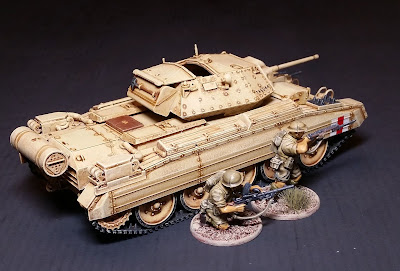 Along side 28mm Warlord Games plastic 8th Army figures. Note the mold lines on the helmets and such; I left them on as they convey an old school plastic toy soldier look; Not really, I was just too lazy to scalpel them off. 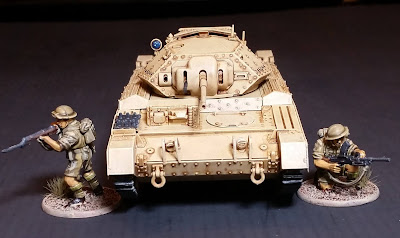 I'm happy with how the figures match up with this scale. 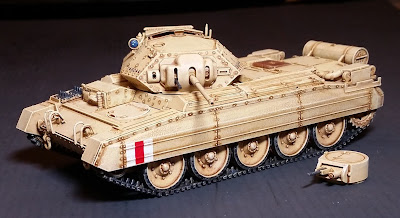 The removable/optional machine gun turret next to the tank.

And next to the Matilda. Both tanks sport 2 pdr main guns, but the Crusader was faster due to its lighter armor.

Next up is a Tamiya Sd.Kfz. 222 Armored Car. Once completed I'll start working on terrain for a game. Thanks for stopping by and happy gaming and painting to you all.
Posted by DeanM at 9:18 PM