These are some really nice kits; although I had to look at internet images of the cannons to figure out how the parts went together. 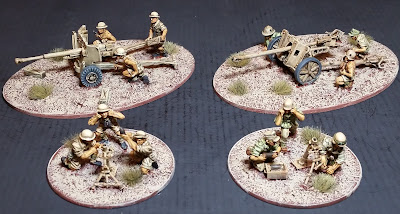 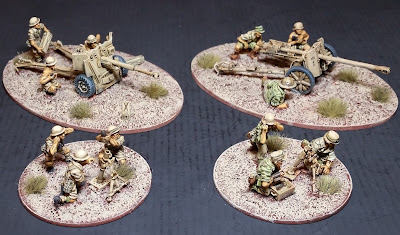 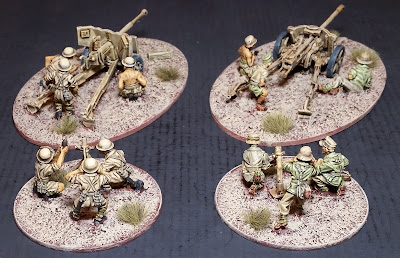 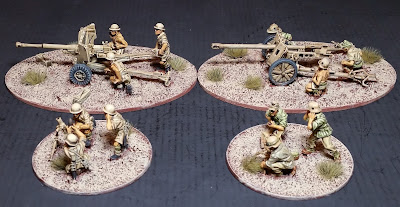 The cannon come with round bases like the mortar teams, but I chose to use plywood bases I had from Hobby Lobby. 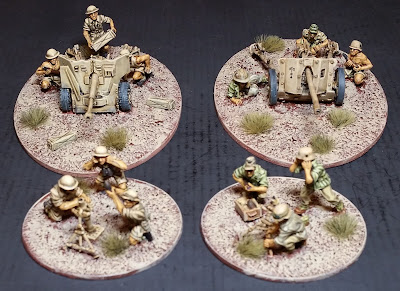 I also added a TC to the Panzer IV - as well as Afrika Korps decals from Warlord Games. 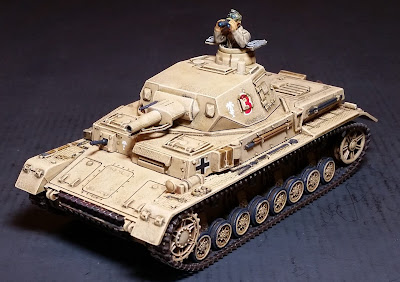 Next up is a Tamiya 1/48th Crusader Mk. II - just wanted something with light enough armor for the anti-tank rifles to take out. Thanks for stopping by and happy gaming and painting to you all!
Posted by DeanM at 7:22 PM