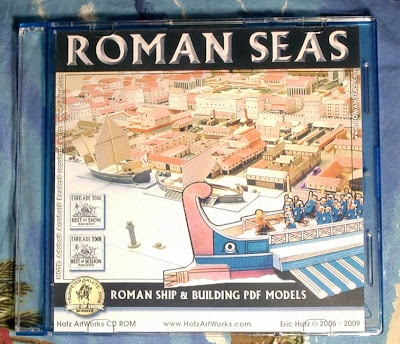 Got my order yesterday. Already went to Staples this morning & have the Roman Navy ships printed to 60lb paper. Eric recommends 67-80lb paper, but Staples only had 60 & 100lb. I could glue it to regular paper which is 20lb. I may do this for the deck. I had the PDF rules printed & spiral bound with protective covers. Also, had the QRS sheets laminated. 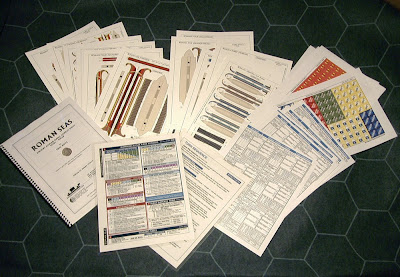 I've read over the construction for the ships and it seems pretty straight forward. Just need to get a good cutting surface. My normal mat for painting has a lot of crud on it - like dried paint & glue that would likely screw up any straight-edge cutting. After I glue the ships together, I'll go to Joann's or Micheal's for card matting to use as bases.

The mat I ordered uses 5" hexes; that's what Eric recommends for 1:300 scale; and the size he used at Enfilade. I'll probably get another 6' X 4' mat; one seems so small compared to the three Eric used at Enfilade. However, I don't have a table large enough for two right now.

I will try to post a Work-in-Progress, as this project moves along.
Posted by DeanM at 4:58 PM