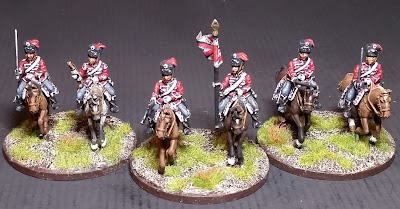 I found the flag on the web while searching for Zieten Hussars. It was only one-sided, so one side has the eagle upside down, but I curved the flag to minimize seeing this. 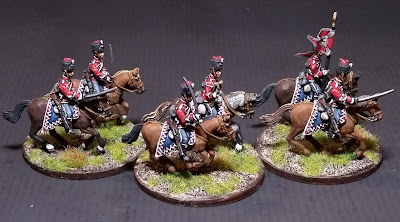 They're on Litko 60mm plywood round bases. This way the players won't be able to line them up in close formation, as I find they instinctively like to do. 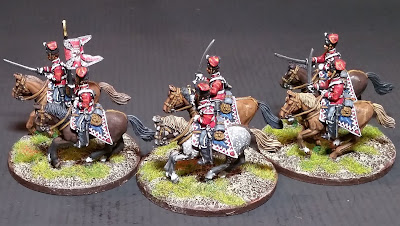 Although these figures include a command pack, I couldn't distinguish the officer. All of the figures, except the flag bearer and musician, have carbines. I figured a "real" officer wouldn't have one. 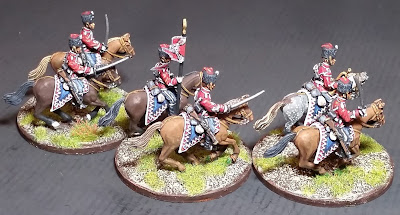 Lately, my photos seemed to be washed out. Not sure if it's because of the lighting in my new place. I didn't seem to have this problem at my old place. 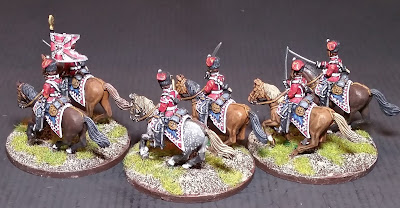 Next up are the Eagles of Empire French Hussars; which I may paint up as Chasseurs a Cheval. Then it'll be time for a play test to see if Bolt Action will feel okay for the period. Eventually, I may get some French and Prussian Cuirassiers. Until then, best wishes to you all and happy gaming and painting!
Posted by DeanM at 9:11 PM