Here they are with a nice flag downloaded from Warflags on a spare Perry 1st Empire eagle standard.

These are the last of the infantry figures from my Empire of Eagles order. I may get a box of their French light infantry later, but for now I need to start on a North Star Prussian artillery set. 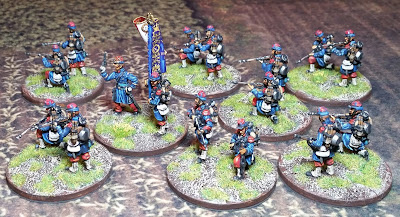 As mentioned in the previous post, these figures are detailed with great accuracy to uniform and equipment. 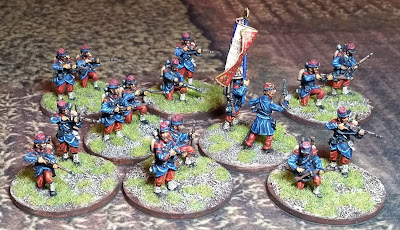 Again, they are based as the earlier figures on 50mm Litko rounds. 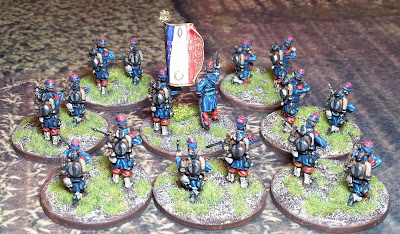 Wonderful figures which were a joy to paint. Looking forward to painting up the French Hussars - after the Prussian artillery. 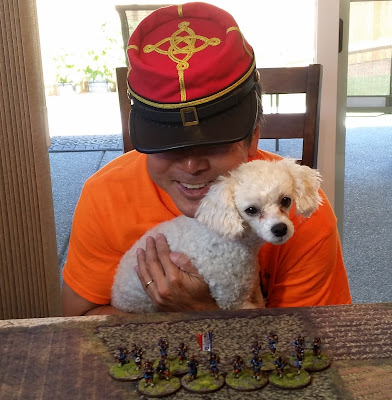 And a gratuitous shot with a toy "French" poodle. Until next time, happy painting and good gaming!
Posted by DeanM at 2:35 PM