The Army General and Standard Bearer are done. Both are in lamellar armor and wearing the later style helmet which resembled a baseball cap. The General's armor has been gilded, as well as his war fan. 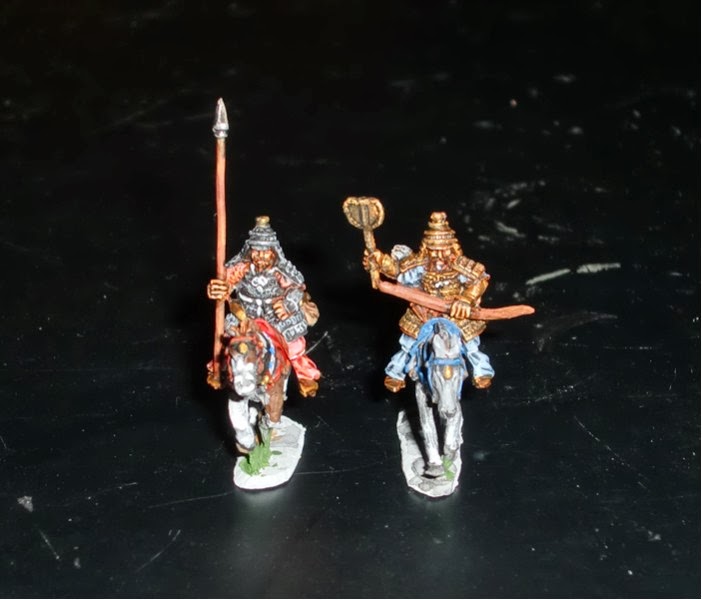 An appropriate banner needs to be found and added to the Standard Bearer. 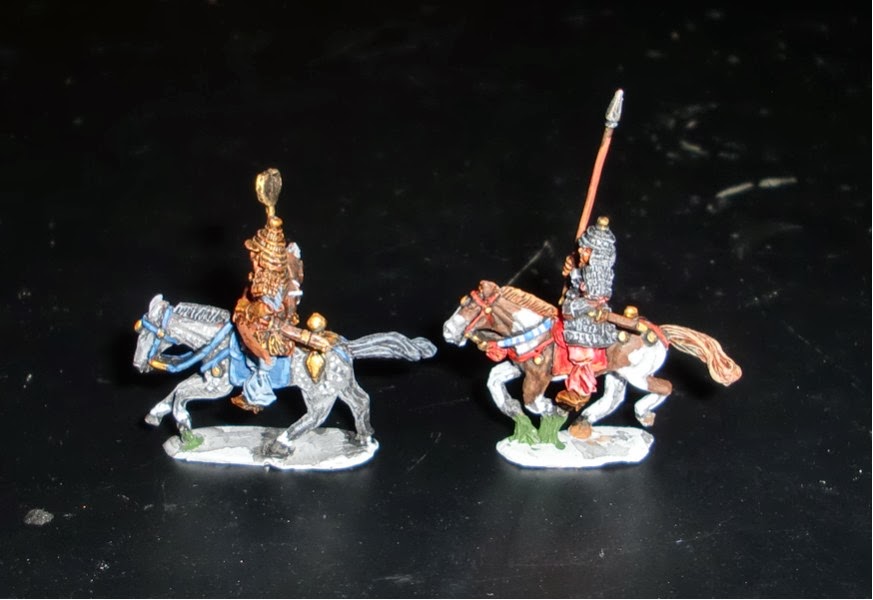 The only figures needed to complete this army are two Psiloi. 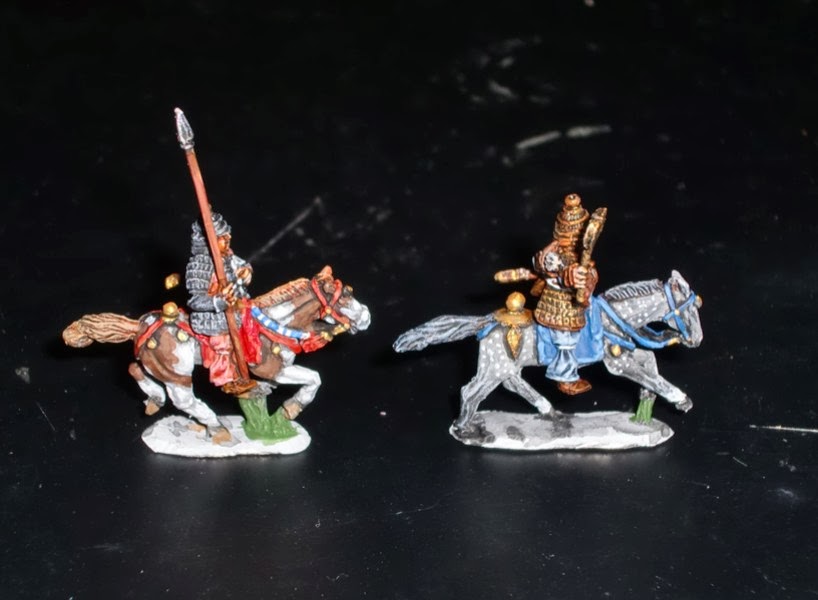 Once they're all based, I'll take an Army group photo.
Posted by DeanM at 8:25 PM