"The host thus forming a single united body, it is impossible either for the brave to advance alone, or for the cowardly to retreat alone. This is the art of handling large masses of men." - Sun Tzu.

And so 2012 comes to a close, not with a bang but a whimper. Here is the Choson Korean army built in honor of my beloved canine companion, Changun - who through a series of unfortunate events is no longer by my side here on this earth. The stand for the Army General includes a figure of him in miniature. 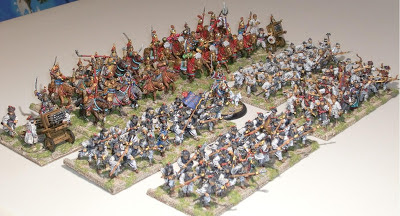 All of the figures are Perrys, with the exception of the Changun miniature and the allied "Ming" Chinese cavalry. The dog mini is a modified Black Cat Bases figure, and the Chinese are from The Assault Group - actually Song Chinese, but close enough. 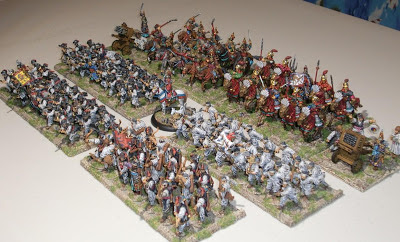 I wish all of you well in the coming New Year and hope you all have a great time painting and gaming. Warmest Regards to you all.
Posted by DeanM at 3:58 PM